Home > Dr. Oz Audience Questions
When you buy through our links, we may earn an affiliate commission. As an Amazon Associate we earn from qualifying purchases. Learn more.

Dr Oz surprised a woman who had been sitting in his audience throughout the entire show. Her name is Anna and she had absolutely no idea she was about to be featured on the show. Anna admitted she doesn’t do well with surprises but Dr Oz explained that he wanted everyone to meet her because he was so touched by her.

Dr Oz explained that Anna is one of the most special super fans he’d ever met. She recently wrote a touching letter to the show and because of how incredibly touching it was, she spoke with a producer on Skype. Little did she know, she would also be talking with Dr Oz himself. 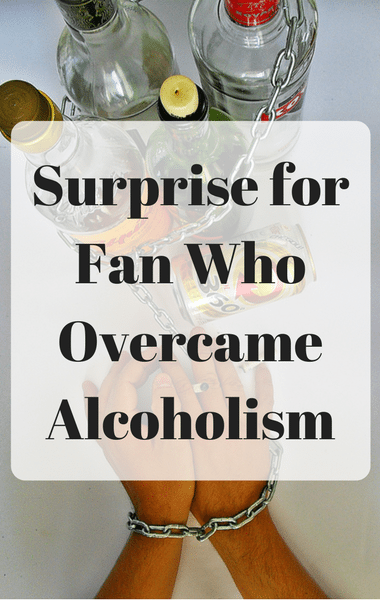 Dr Oz surprised a fan in his audience who wrote to him sharing that she was able to overcome a 9-year alcohol habit. (imagensevangelicas / Flickr)

Anna told Dr Oz that one day on his show he stated “quitting smoking is harder than quitting heroin.” She had quit smoking so she knew she could quit drinking. She quit drinking for a year after drinking every day for nine years. Dr Oz thanked her for owning up to her addiction and sharing her struggles. Dr Oz then invited her to come down and watch a live taping of the show.

Dr Oz then told Anna that he was so happy for her, her husband, her stepson and all her hard work. What an incredible story. Has Dr Oz inspired you to make a change in your life?