Dr. Oz talked to the stars of the show Botched about the worst celebrity plastic surgery disasters. He showed a clip of a trangender woman explaining that she went to a “pumping party,” which is a party people hold at their home to inject fillers into their face. In this case, the person injected what turned out to be cement into her face.

Dr. Terry Dubrow said that these gatherings happen more than you’d think. These people have no medical training and they’ll have gatherings at their house or someone’s living room. They’ll inject plumbing supply materials into the face, the body, and the legs, in order to save money and plump up parts of their body. This can be incredibly dangerous and can even cause death. In the case of this woman, she had an infection and she’s permanently disfigured in her face. It can also cause blindness or dysfunction of some other parts of the body. 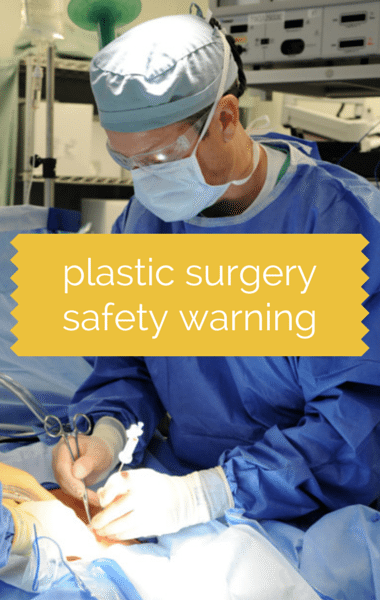 Dr. Oz talked to a woman who is the only overweight person in her family, who wants to lose weight but isn’t sure how. (usnavy / flickr)

Dr. Dubrow said that even when a certified medical professional does it, complications can occur. You should make sure you really want this done beforey ou do it.

Dr. Oz asked Dr. Dubrow and Dr. Nassif about some celebrity plastic surgeries. One recent story was Renee Zellweger, who was photographed in early 2015. Lots of rumors were sparked about her getting plastic surgery. Her face looks a lot different in the photo, but in a more recent photo, she looks normal again. Dr. Dubrow said that she may have had Botox, but if she did, it’s worn off by now. He also said either way she’s still a beautiful woman.

Dr. Oz also asked about a man named Justin, who is often called the Human Ken Doll, who has had close to 200 surgeries. Lacey has had more than 10 breast augmentations.

Dr. Nassif said that people can become addicted to plastic surgery. Once they start getting plastic surgery, they start to see other imperfections and start to develop Body Dysmorphic Disorder. They keep going and getting more surgeries.

Dr. Oz showed a clip from Botched where a woman had a botched breast augmentation. Her skin was very stretched out and loose. Dr. Dubrow warned her that the more he does to raise her breasts, the greater the amount of tension around the implant and the greater chance the scar will widen. It’s also a greater risk.

He showed what a silicone implant looks like. He explained that if it raptures, it’s very serious. It can get everywhere. It’s important to do an MRI and surveillance to make sure to know where it all went.

Dr. Nassif said that if you want a procedure done, check your doctor’s board certification. Find out how many procedures they’ve done and learn the expected complications.