She has beauty and personality, but Dr Oz said everyone is talking about her courage. She was diagnosed with Type 1 Diabetes in 2012, and during the swimsuit portion of the competition, she sported her Insulin pump. 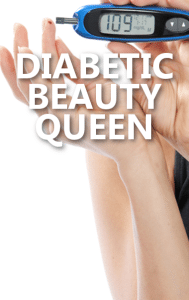 Dr Oz said this move was meaningful to many on social media, because many other Diabetes patients have Insulin pumps as well, and they were happy to see this part of life get some attention.

Sierra joined Dr Oz onstage and looked at some of the social media photos of others who were inspired to show off their own Insulin pumps. She said that she had to study current events to be prepared for the intervention portion of the competition.

She was struck with the media’s depiction of beauty, which would seem to be flawless. “It’s OK not to be perfect. You’re still beautiful and you can still be confident,” she said.

Dr Oz showed how an Insulin Pump works. It has a plastic tube that connects to the skin and helps in regulating Insulin levels in a patient’s body.

The young girl said that she also has Diabetes, but did not want to wear a pump to school because other kids might make fun of her. That inspired Sierra to wear her pump, and she went on to win Miss Idaho 2014.

Dr Oz surprised Sierra by reuniting her with McCall, the inspiring girl she met backstage. It was an emotional moment for both of them.

McCall shared her own version of events, adding that her mom had mentioned one of the contestants was also Diabetic. McCall was the 2014 winner of Miss Preteen Idaho.