She grew up in a family that lived paycheck to paycheck. She worked multiple jobs to save money for school. In 2007, she made her first makeup tutorial on YouTube, as a project for the design school she was attending. Within a week, the video had over 40,000 views. Since then, she’s made over 250 videos, leading to deals with L’Oreal and Lancome. 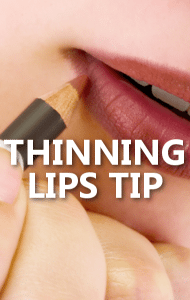 Michelle Phan began her segment on Dr. Oz by telling him how good his eyebrows look. Michelle said makeup is magical because it gives the power of transformation to people. She compared it to Clark Kent dressing as Superman. Everyone knows who Superman is, but it’s not until he puts the uniform on that he’s transformed.

Dr. Oz: Getting Rid of Dark Circles Under the Eyes

Katitia tweeted a video about the dark circles under her eyes. She wanted to get rid of them but didn’t know how. Michelle Phan transformed her with her makeup and made her look 10 years younger.

Michelle said every woman should have a highlighter in her makeup bag. All you do is apply the highlighter right on the cheekbones, underneath the circles. It helps to illuminate the area and reflecting the light onto the eyes. Dr. Oz said he could use it because he has bags under his eyes. So Michelle gave him some of the highlighter, too.

Anita posted on Facebook about the beautiful eyelashes she had when she was younger and now, her eyelashes are thinning faster than ever. How can she make them look fuller?

Michelle fixed her problem and made her look incredible. She really did look way younger. Anita was 48, but she thought she looked 28 now and she wasn’t far off the mark.

Michelle said all it takes is a black eyeliner. You do something called tight-lining. Take your pinky finger and lift up the eyelid. Run the eyeliner along the upper waterline in order to create the illusion of a thicker lash line.

Becki wrote in, worried about her thinning lips. She thought she looked like her grandma. Michelle did an illusion called over-drawing. This is where you break the rule of coloring inside the lines. What you do is use the point of the lipstick and, very carefully, paint outside the border of your natural lip line. You can create endless amounts of looks this way.

Dr. Oz wondered if Michelle did it, too. She seemed a little embarrassed by the question. She said her lips were naturally full. “Thanks, mom!” she joked.