With summer weather comes flip flops and sandals, which means women head to the salon in hopes of getting their feet in tip-top shape. Dr Oz revealed what happened when his core team expert Tia Brown went undercover to investigate dangerous pedicures. According to Tia, there’s nothing more indulgent or relaxing than a pedicure, which is why she thinks it’s one of the best ways to treat yourself for under $30.

But not all salons have your safety in mind when you pay them a visit in hopes they will take care of your feet. Tia met with a podiatrist to better understand the most dangerous pedicure red flags, and then rigged herself with a hidden camera to see if she could catch a salon doing things that could be hazardous to your health.

Dr Oz: Should You Cut Your Cuticles? 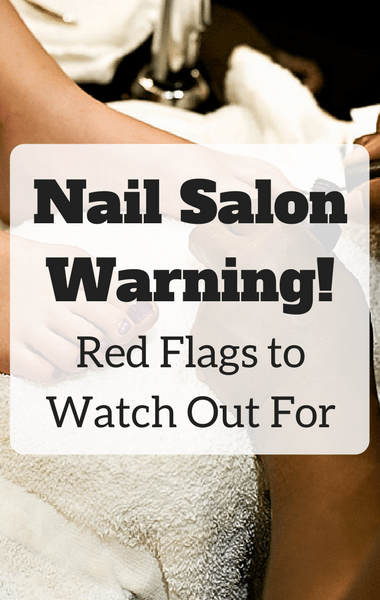 Tia Brown loves getting a pedicure but she learned a few red flags she needs to look out for when hoping to get her nails done. ([email protected] / Flickr)

First, Tia visited a discount salon that offers the cheapest prices in the neighborhood. But according to Tia, you may get what you pay for. Tia noticed the place was dirty and right away was hit with red flag number one: the manicurist cut her cuticles. Cuticles are protective in nature and cutting them can expose you to an infection. Tia then noticed another red flag: they cut her nails in a round shape which can lead to ingrown toenails.

Tia then visited another salon on the cheaper long and it wasn’t long before she noticed red flag number three: bubbles in the foot soak. The bubbles come from a whirlpool jet which is a great place for germs to hide. Tia walked right out of that place and into a high-end salon, thinking paying more would be mean safer service. But right away she noticed red flag number four: cleaning tools in liquid. There’s no way of knowing what that cleaner really is in the first place as well as how often they’re changing that liquid.

Dr Oz: How Clean Are Your Salon Tools?

Tia also noticed that aesthetician simply wiped off the scissors she used on Tia before throwing them back into the tray for future use, presumably for another client. It was suggested that you instead look for a salon that uses disposable tools and actually throws them away after each use.

Dr Oz: A Safer Way To Get Cuticle-Free Nails

Tia then joined Dr Oz and said she had to thank Dr Oz for ruining her pedicure experience because she will never be able to relax the same way again! She also admitted that she was surprised that both cheap and higher-end salons are making concerning mistakes in terms of customer health and safety.

Tia then explained that so many women go into a salon expecting to have their cuticles cut, not realizing they should actually keep them to protect against infection. Dr Oz created a large model of a toe to show what you’re much better off doing if you like the way your nails look without the cuticles. First, make sure you moisturize your cuticles daily then gently push your cuticles back to give you the look you’re wanting in a much healthier way.

Dr Oz then admitted that he never thought bubbles in a foot bath would be a problem, especially considering they essentially massage your feet. But as good as it may feel, you could be putting yourself at risk for athlete’s foot. Bacteria and fungus get into the jets and stay there, which then pass to the customer’s foot. Tia suggested you either call ahead and ask if they have jets in their foot tubs. If they do, don’t go there. Or you can be proactive and ask the salon to give to give the bath a thorough cleaning, but it can take ten minutes to run a disinfecting bath between clients. It’s just not worth it in the end.

Next, because contaminated instruments are the number one cause of nail salon infections, you want to pay close attention to how the tools are handled. UV ray may not be powerful enough to kill all bacteria and who knows what’s really in a jar labeled Barbicide. The only good option is something called autoclave which steams the tools and gets rid of all the bacteria. You could also bring your own equipment if you’d like!