Dr. Oz is disturbed by an alarming new trend in plastic surgery being marketed toward women during one of the most vulnerable times in their life. They may have recently divorced from their spouse or suffered a difficult breakup and plastic surgeons are offering them discount packages to improve their appearance and make them feel better about themselves.

Plastic surgeon Dr. Brent Moelleken offers discounts to newly divorced women because he believes their lives are often in shambles and the plastic surgeon’s job is not only to cut into their skin and fix their appearance, but also to help them get their lives back on track. Dr. Oz says critics would argue that women are being coerced into procedures they do not want, but Dr. Moelleken says that is simply not the case. He offers strictly elective plastic surgery and says he does not coerce patients because in the end they will not be happy with their procedure if they do something they really do not want to do. Dr. Moelleken is not the only plastic surgeon who offers discounts to newly divorced women, though, because Dr. Oz researched and found that 19% of plastic surgeons offer some type of discount package to women in that situation. 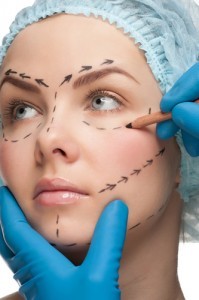 Dr Oz is alarmed and disturbed by the new trend of plastic surgeons offering discount packages to newly-divorced women.

Dr. Michael Niccole says that all too often women go to a plastic surgeon for “revenge surgery” right after a divorce, but he says a doctor does not want to do a procedure on a patient who has only been divorced for three or six months. He says if a woman comes to him at that stage he refers them to a psychologist in his practice so they can prepare for the reality of plastic surgery, which is what he says any ethical doctor should do in the same situation.

Dr. Alicia Salzer, a psychiatrist, finds the practice of offering divorce discounts for plastic surgery to be downright sleazy. She says it is a time when a woman is at her most vulnerable, both emotionally and financially, so it is absolutely below-the-belt to take advantage of her. Dr. Michael Niccole and Dr. Brent Moelleken adamantly deny they take advantage of women by offering discount packages. They both say their patients are psychologically screened to be certain they are truly ready for such a life-changing procedure like plastic surgery.

Dr. Michael Niccole takes offense to the term ‘discount’ because it sounds so negative, but he does admit to upselling a patient or offering her a recommendation of an additional procedure that would benefit her, symmetrically speaking. On the other hand, Dr. Brent Moelleken says he would be more apt to take a time out with a patient who comes to him asking for every procedure he has to offer because he would rather help her to focus on the area that concerns her the most. Dr. Salzer says women automatically focus on their physical appearance after a divorce, which makes them more vulnerable to a doctor who is offering a discount package for multiple procedures.