During the winter, many people are desperate to hang onto their summer glow. While self tanners certainly seem like the better option when compared to tanning beds, Dr Oz wanted to share what you need to know about product safety. Dr Whitney Bowe broke self-tanning products into three different categories. First are self-tanning lotions available practically everywhere. There’s also spray tans available at salons and then finally tanning pills, which are relatively new. 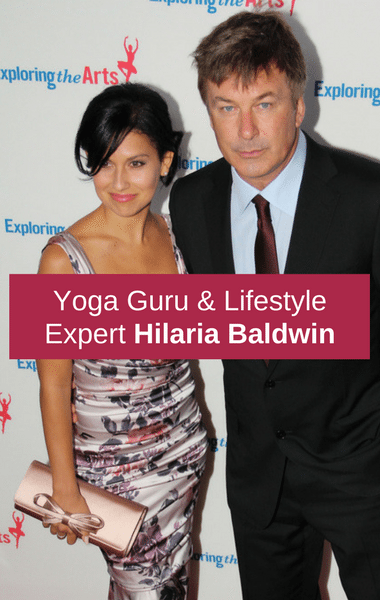 Hilaria Baldwin sat down with Dr Oz to talk about overcoming eating disorders and finding a way to enjoy food that went along with her healthy lifestyle. (ellasportfolio / Flickr)

The main ingredient found in self-tanning lotions is a chemical called DHA. It’s a form of sugar that reacts with amino acids in the upper-most layer of the skin, turning the skin brown. It’s a process similar to how grill marks appear meat. The FDA considers DHA safe for topical use because the majority of it stays in the layer of the skin that’s already mostly dead.

But what if you inhale it? When getting a spray tan, there is a risk that DHA can get inhaled or absorbed through mucus membranes like the eyes, nose, or mouth. If DHA enters the body, it can get into the bloodstream and potentially cause health problems. If you want to get a spray tan, go ahead, but be sure to use the right safety gear. Use tanning goggles that cover the eyes and nose plugs.

The main ingredient in tanning pills is a pigment called carotenoid. Carotenoids are what give carrots their color. It has to exist in really high doses and you have to take the pills for a period of time before you would notice a difference. Additionally, you likely won’t even turn that golden hue you’re looking for, but instead become more orange. Not exactly desirable.

Dr Whitney Bowe suggested you go with tanning lotions or spray tans instead.

Dr Oz then switched gears to welcome the beautiful and talented Hilaria Baldwin. The lifestyle expert and yoga guru was thrilled to be on the show to talk about how she’s managed to stay centered. Hilaria just gave birth to her third child who is now four-months-old. She also also has an 18-month-old and a three-year-old and said she manages with a good sense of humor and by continually putting one foot in front of the other. She joked that her husband, Alec, could use a little more laughter, because he misses when it was just the two of them.

Fortunately, Alec credits Hilaria, who is the author of “The Living Clearly Method” with turning his health around. What Dr Oz didn’t know before reading the book, was that Hilaria struggled with anorexia and bulimia when she was younger. She worked hard to find a better life than being confused over a simple task like feeding herself. She had to get to a place where she had a healthy relationship with food, so she became very driven and threw herself into yoga.

Now, Hilaria wants her children to know that life is beautiful and it’s about a lot more than thinking about the next meal. She also wants them to understand what it feels like to be full and won’t force them to eat everything they have in front of them.

Hilaria credits five principles with saving her life: perspective, breathing, grounding, balance, and letting go. It’s about being able to step outside of a stressful moment using those principles to get through it.

Something else Hilaria practices is eating clearly. She’s developed a nutritional bowl for each principle. For perspective, think of flavors that will wake you up. She combined, sunflower seeds, raw spinach, blueberries, avocado, and quinoa into one delicious bowl.

For breathing, Hilaria loves a bowl made with a chili Latin dressing. It contains quinoa, pumpkin seeds, roasted garlic, onions, Brussels sprouts, and pepitas. Not only do the ingredients smell good but they’re great for your lungs.

The grounding bowl is all about earthy vegetables. It contains quinoa, root vegetables, lentils, and greens, with a carrot-ginger dressing.