Dr. Oz talked on his show about the four symptoms of cancer that women often ignore. Warning signs of cancer often mimic other conditions and so Dr. Oz wanted to talk about them so people knew the difference. 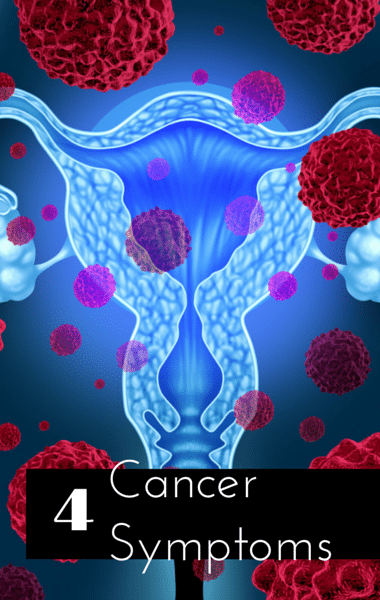 It turns out bruising can be a symptom of leukemia. You might ignore bruising because you might think you’re just getting older, a klutz, anemic, or having side effects from medication. But bruising on the body can actually be a sign of something more serious.

Because this cancer is a disease of the blood, it can slow down the production of platelets, slowing down the body’s ability to clot the blood. This means you might have some easy bruising.

Marie came by and said her two- and four-year-old both treat her like a jungle gym. This means she often has bruises. Dr. Oz wondered how long her bruises last. She said about a week.

But when should you worry? If you also have fevers, chills, and persistent fatigue. There’s also a symptom of bone pain. If you answer no to all of these, then you’re probably fine. But if you have these symptoms, go to your doctor.

Dr. Oz: Indigestion Can be a Symptom of Esophageal Cancer

Indigestion is the symptom you ignore because it might be caused by something you ate, cheating on your diet, or eating on the go. But it can also be a symptom of Esophageal Cancer. Chronic heartburn or acid reflux causes stomach acids to back up into the esophagus. Over time, this creates an irritated lining with abnormal cells that morph into cancer.

If indigestion lasts a couple days, if you have sore throats that last a long time, if you have difficulty swallowing, and it happens more than two times per week, you might want to go to your doctor.

Dr. Oz: Night Sweats Can Be a Symptom of Lymphoma

Night sweats are probably the easiest one to ignore, because it could be anything from a fever to a warm bed. But it could also mean lymphoma. The progression of lymphoma and the way your body fights infections are similar, both causing night sweats.

Jan sometimes has occasional night sweats, but since she’s over 40, she has them once a week. Dr. Oz explained if you have swollen lymph nodes, you might want to be concerned. To detect this, take three fingers and put them behind your ear. Follow the line of your ear down to your jaw, your jawline to your neck muscles between your two big veins there, down to the line of your collarbones. If you feel a lump the size of a kidney bean, that’s normal. It should be flexible and movable and maybe a little tender. Tender means infection. If it’s painless and bigger than a kidney bean and hard to move, that’s when you should be concerned. That could be cancer, especially if it’s paired with difficulty breathing and unexplained weight loss.

Dr. Oz: Bleeding Between Periods Could Be Uterine Cancer

If you bleed between your periods, this could be a symptom of uterine cancer. Women ignore this because of menopause, stress, or being on the pill. But this one is critical not to ignore. This is a common symptom of uterine cancer, because the cancerous lining of the uterus constantly continues to grow and shed. It can greatly increase the size of your uterus as well. You might think you’ve gained a little weight, accompanied by some bloating. It might be coupled with pain during urination and during intimacy. You also might have pelvic pain.

Don’t ignore these issues. These can be a big deal.