Carbohydrates have been linked to the national epidemics of obesity, heart disease, and diabetes. But new research suggests certain carbs can increase lung cancer risk, especially in people who have never smoked. The largest study of its kind was conducted by the MD Anderson Cancer Center at the University of Texas, found that carbs with a high glycemic index, refined or white carbs, raise the risk for lung cancer by 49%. Non-smokers who’s diets were highest on the glycemic index were more than twice as likely to develop lung cancer as those who’s diets were on the lowest end of the scale. So could you be at risk?

Dr Mark Hyman, author of “Eat Fat, Get Thin” and Dr Michael Pollak joined the show, as Dr Pollak explained that carbohydrates are fuels for cells to live on. If you have too many carbohydrates, you can trigger a process that causes the body to produce growth-stimulating hormones like insulin, which can trigger the growth of some cancer cells. 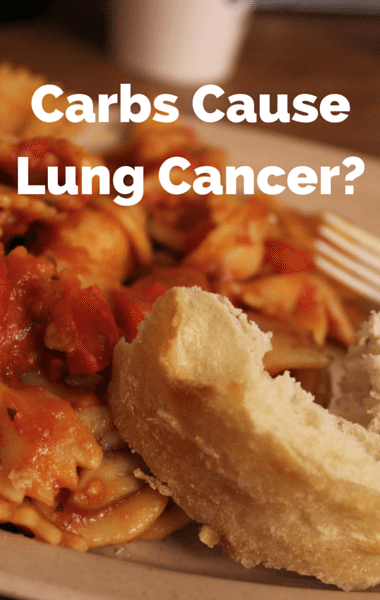 Dr Oz took a closer look at new research that claims eating carbohydrates could increase your risk for lung cancer, especially in those who don’t smoke. (jessiejacobson / Flickr)

It was always known that some hormones have a lot to do with cancer, so researchers began thinking more generally. One of the most important hormones in the body is insulin, and when some cells see insulin, they take that as a signal to grow. If you raise your insulin levels too much, you’re basically fueling cancer cells.

Dr Hyman further explained that high-glycemic index foods are the ones that raise your blood sugar and cause a spike in insulin, including rice, potatoes, flour, sugar, and sugar-sweetened drinks like soda. Some fruits could even be considered high-glycemic, including bananas, grapes, and dates. Strawberries, grapefruit, kiwis, and citrus fruits are lower on the scale because they are loaded with fiber.

Fiber slows the absorption of sugar in your blood stream, which prevents an insulin spike. It also helps speed up your digestive system. The good news is that it’s not too late to change your diet. If you improve your diet, you can change your body’s hormonal profile right away. The first thing you need to do is to swap out those white foods. Instead of white rice or white bread, try steel cut oats, farro, lentils, quinoa, or bread made from sprouted grains. Instead of white pasta, try shirataki noodles, zucchini noodles, or spaghetti squash.