Dr. Oz is taking on some of the biggest health controversies you believe because he says you deserve to know the truth about what is really going on with the government and with your doctor.

Dr. Oz says today’s show will leave you up in arms because he is getting to the bottom of medical conspiracies that worry you the most. He tackles the three biggest health conspiracies you are most likely to believe and are also the ones that prevent you from seeking medical advice due to fear. 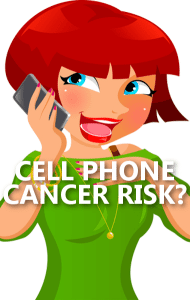 Dr Oz says the best way to protect yourself from cell phone radiation and reduce your risk for brain cancer is to use a headset when talking on the phone.

CNN medical correspondent Elizabeth Cohen says that most of us are wired to be concerned about certain things, especially when it comes to the health of our family, so Dr. Oz asked her to discuss a few conspiracy theories and unravel the truth once and for all.

Dr. Oz says a whopping 37% of Americans believe the FDA is keeping natural cancer cures from the public because of pressure from pharmaceutical companies. Elizabeth Cohen says she simply does not believe this to be true because it would be nearly impossible to keep a secret about cancer treatments or cures. Dr. Oz believes more research needs to be done into natural cancer remedies because if there is an herb that can help someone get through cancer then the American people deserve to know about it.

Many people believe that doctors push dangerous vaccines for kids even though they know the vaccines cause Autism and other psychological disorders. Doctors continue to stress that vaccines are safe and necessary and are the biggest achievement in the last century. Elizabeth mentioned a study from 1998 that showed a link between autism and vaccines, but was later retracted and found to be fraudulent.

Dr. Oz says the bottom line is that no one cares about a person’s child more than their mothers, so he does not see anything wrong with shifting the vaccination schedule a little bit so it is not quite so strict. With that said, he also believes that vaccines are necessary and important to protect your children.

The next conspiracy theory is one that Dr. Oz has tackled before and involves the number one accessory most of us do not leave home without, our cell phone. Some believe that cell phones cause brain cancer while others believe that cell phone radiation poses no harm to your health. Elizabeth Cohen shares the evidence to be conflicting, with some studies showing a possible link between cellphones and cancer, so she offers a few precautions you can take to reduce your risk.