Dr. Oz: Do Smartphones Cause Cancer?

Dr. Oz talked about whether smartphones are giving our children cancer on his show today.  If you’re confused about whether or not this is a real concern in America today, you’re not alone. Some experts say this isn’t an issue, but others say this could be the tobacco and asbestos of our future. To gain some clarity, Dr. Oz spoke to Dr. Lisa Thornton, a pediatrician, who believes this is a huge issue for children. 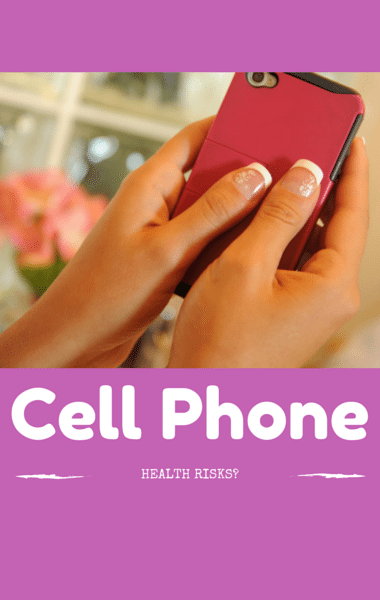 Dr. Oz talked about whether smartphones cause cancer and whether we should be especially worried about our children’s exposure to electromagnetic radiation. (wonderlane / flickr)

Dr. Thorton said that all devices that emit a cell signal or a WiFi signal could be causing issues in kids today. This means gaming systems, computers, smartphones, tablets, and other devices are all potential causes for concern when it comes to our children’s health. There is some evidence that these rays can cause brain cancer in adults and while the risk may be low, this issue is much more concerning in children. Because children have a much thinner skull and their heads are smaller, their brains aren’t as protected and are much more vulnerable to the radiation caused by WiFi and cell signals.

Dr. Oz: How Much Radiation Are We Being Exposed To?

Dr. Oz put up a survey on his website asking parents how many devices their children use on a daily basis. 65 percent said two or more. This figure highlights the potential risk posed to children.

Another issue is that these devices are often kept in the lap or in the pocket, which means reproductive organs are also at risk, Dr. Thorton said.

The Federal Communications Commission (FCC) is responsible for regulating how much radiation these devices can emit, so there is some regulation out there protecting us. However, Dr. Thornton said the intensity of usage has gone up, meaning that we are now more exposed then ever. And not a single study has been done on the effect of this radiation on children.

If you’re a parent, there’s no way to know the safe amount. Dr. Thornton said as a parent, she’s very concerned about this. The health effects may not be seen for 10, 20, or even 30 years.

Dr. Oz: Is Radiation From Smartphones Safe for Kids?

Currently, the World Health Organization classifies the electromagnetic fields from mobile phones as “possibly carcinogenic to humans.” In addition, a recent study showed that parts of a child’s growing body can absorb up to 10 times the radiation that an adult might absorb.

Dr. Oz showed a scan of an adult’s brain while using a smartphone and a child’s brain while using a smartphone on his show. The contrast between the two images was startling. The radiation in the child’s brain went much farther. Dr. Oz said this is something we should be discussing, although he didn’t think there was cause yet for any kind of accusation of a problem. Because there’s a lack of research, it’s too early to tell whether or not we should be worried. But either way, we should definitely be asking these questions.

Dr. Oz: How to Reduce Radiation from Smartphones

If you’re concerned about the radiation, keep phones away from your body and your child’s body when in use. Use a wired headset instead. Remember that a wireless headset is emitting WiFi, so that gives you radiation as well. You should also try not to allow your laptops or tablets to sit in your lap, because that might pose a risk to your reproductive organs.

Some other tips include adjusting the phone to airplane mode when not in use, keeping the phone away from you during sleep (and certainly not under your pillow!), and never keeping it in the bra or pocket.

You can also buy special cell phone cases that will draw the radiation away from your body. That might be one way to keep you and your children safe.

Dr. Oz commented at the end of the segment that while this might not be a real issue for concern, we don’t know for sure. No studies were done on children and it’s important for us to have this conversation.

What do you think? Are you worried about the radiation from smartphones and WiFi devices? Let us know in the comments!