Seven years ago, Hoda Kotb from Kathie Lee & Hoda was diagnosed with breast cancer. Recently, she collaborated with Sara Bareilles and Cyndi Lauper in a special music video mash-up of their two songs “True Colors” and “Brave” to raise awareness for pediatric cancer. 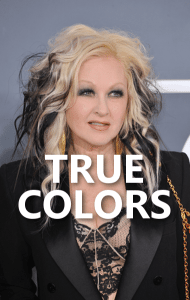 Dr. Oz talked to Hoda Kotb, who was beyond the recent collaboration of Sara Bareilles and Cyndi Lauper to mash up “Brave” and “True Colors” to raise awareness for pediatric cancer. (Featureflash / Shutterstock.com)

Hoda said she was totally shocked by the success of the video. She said the idea started because she loved “Brave” and she wanted to do a charity project. She was in her office with a producer, talking about mashing up “Brave” with something. They went on YouTube and listened to a number of songs. They decided on Cyndi Lauper’s “True Colors.” She called up Sara Bareilles and she said she had one day in June she was available. Cyndi Lauper was only available on that same day as well.

The music video has been out a week and it’s already raised $300,000 for pediatric cancer.

Dr. Oz wanted to surprise Hoda, so the kids from the music video showed up on Dr. Oz show, including a little girl with a bow on her head and her hands on her hips. There were about eight kids, who all joined them on the couch.

Hoda said that she was really touched they were all there. The kids showed Hoda a giant poster they had made thanking her for the music video.

If you want to donate, just go to crowdrise.com/hoda. If you’re on the fence, you could always just watch the YouTube video below to get inspired: