For nearly two decades, former Good Morning America host and TV personality Joan Lunden has been sharing her story with her fans, from her struggles with infertility to successes with surrogacy in her fifties to her current struggle with stage 2 breast cancer. She’s been documenting her entire journey with breast cancer to inspire others. Women across the country have been inspired by her story and now, Joan Lunden came by Dr. Oz to talk about her story. 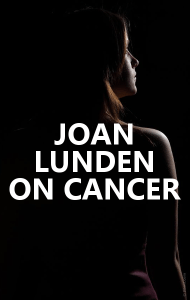 Dr. Oz talked to TV personality Joan Lunden about her struggle with breast cancer, her decision to appear bald on the cover of People magazine, and the people she’s inspired with her story.

Joan Lunden said she’s feeling pretty good right now after 12 weeks of chemotherapy over the summer and a lumpectomy a couple weeks ago. Now, she’s into her second round of chemo. But she’s at the point where the first round of chemo is out of her. She said the process is cumulative. She got to the point where she could hardly get up a flight of stairs.

But she’s eating clean without wheat, dairy or sugar, and she works out every day. She also has a positive attitude, which she says is critical.

Joan Lunden recently appeared on the cover of People completely bald. Joan said it was not an easy decision. They started talking to her right after she announced her diagnosis in June. The cover shoot was in September. She said she agonized over it the whole time, but she ultimately decided it was a good idea because she’s a health advocate and she wanted to be a voice for the millions of people with breast cancer, to show them it’s okay to appear publicly without hair.

She said when she shaved her head and looked in a mirror, she said she felt like G.I. Joan. But after a while, she looked in the mirror and felt like someone erased part of her. She said hair is a part of what you look like and when you take it away, it’s shocking. She wanted to show other women it’s okay, despite the fear.

Joan Lunden said that thousands of people have reached out to her personally about her cancer diagnosis. She said when she was on Good Morning America, there was no social media, so while she knew there were people out there, she couldn’t see them or touch them. Now, she says these people have been an incredible source of strength for her.

Dr. Oz invited a number of women who were inspired by Joan Lunden, who all wore pink and sat in the same section. The first woman said she’s been going through her own struggle with breast cancer at the same time as Joan Lunden did. She’s going through chemo right now, but seeing Joan on People made her realize she didn’t have to hide her baldness.

Another woman went to get a mammogram after seeing Joan Lunden’s story. Although she didn’t have cancer, Joan gave her the strength to get the mammogram. Joan said people need to do breast self-exams as well to take care of themselves and find the cancer as early as possible.