Montel Williams thought he ‘paid the price’ for his entire family when he battled his own disease, but nothing could prepare him for the shocking news that his daughter had cancer at the young age of 24. Montel sat down with his daughter and Dr. Oz to discuss their emotional and painful journey. 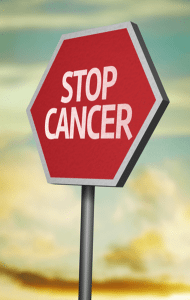 Dr Oz sat down with Montel Williams and his daughter, Maressa, to discuss how they are getting through her diagnosis with Hodgkins Lymphoma Cancer.

Montel Williams says it would have taken much longer for his daughter to be diagnosed with Hodgkins Lymphoma had it not been for an accident that required her to have X-rays at the hospital, which revealed something that concerned her doctor and led to her ultimate diagnosis.

Maressa Williams explained to Dr. Oz how she got whiplash and went to see her chiropractor for an adjustment, but when her pain got worse rather than better it was recommended she have an MRI, which is when her cancer was discovered.

Dr. Oz says the prognosis for a patient with Hodgkins Lymphoma varies based on how much the cancer has spread through the body. This type of cancer starts in a person’s lymph nodes, hence the name, more specifically the lymph nodes in your neck. Dr. Oz explained it then begins to move to lymph nodes in your chest, spleen and the groin area until your body becomes one huge lymph node.

Dr. Oz says it is much more difficult to treat Hodgkins Lymphoma in a patient who has progressed to Stage 3 or 4, unlike Montel Williams’ daughter, who was diagnosed with Stage 2 cancer.

As he shed tears on Dr. Oz’s stage, Montel Williams said battling his own disease of Multiple Sclerosis does not even compare to watching his daughter fight cancer. He says he helps other ill people all the time, but now that it is his daughter it is a whole different story. The bottom line, though, is that Montel says they will get through it together and Maressa will have a long life ahead of her after the 4-6 months of treatment she has to go through first, which begins the moment they leave Dr. Oz’s stage.