Dr Oz, who was talking with Shannen Doherty, explained that her cancer is estrogen-positive invasive ductal, which is very common. The cancer feeds of estrogen, which is why they want to cut off her estrogen. Her doctors are very uneasy about her putting off surgery, so she gets a Lupron shot once a month. It completely shuts your ovaries down, which caused Shannen to go into menopause. She and her husband wanted to have children, but that doesn’t mean they won’t adopt. She also takes a pill. She then shared that she decided to have a surgery, but hasn’t decided whether she will have a lumpectomy or a mastectomy.

Dr Oz then gave some of the women in the audience a chance to speak to Shannen. They shared that they literally came to the show for Shannen, which caused Shannen to burst into tears. Another woman told her that she could most certainly be a beautiful, real woman even if she got a mastectomy. “There’s a living life after a mastectomy,” the woman said. 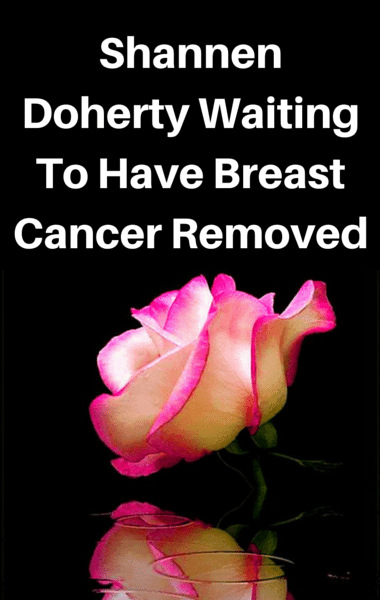 Shannen Doherty explained to Dr Oz why she was exploring altnerative treatments for breast cancer before undergoing surgery. (maf04 / Flickr)

Dr Oz invited Shannen’s husband Kurt to join the conversation. Kurt said you can’t control the fact that it changes you, but one thing you can control is how it changes you. He believes the diagnosis has brought them closer together as a couple, and Shannen agreed. Shannen acknowledged that the diagnosis affected her career, pointing out that the medicine she’s on causes her to “get puffy.” She knows that so much of her job is based on looks, but she’s lucky to have directors that still believe in her and want to work with her.

She also added that the stress that comes along with the diagnosis is incredibly hard, but it certainly can make the cancer worse. Every time she experiences any sort of neck pain or another pain, she panics that the cancer has spread. Dr Oz shared his love and support with Shannen, hoping that her journey is filled with good news and a lot of strength.

Then, before it was time to say goodbye, Shannen revealed that her most favorite thing in the world is greasy, crunchy, salty french fries. Dr Oz suggested she instead try baked turnips as an alternative. She seemed pretty uneasy about trying them, and her reaction proved that she certainly wasn’t going to make it a permanent swap!