Dr. Oz shared the story of Mary and Angelo, who had a storybook marriage. But even brain cancer has proven no match for their love. Angelo and Mary met when they were 15. They were working at the same restaurant in time, where their love blossomed. They married young and began to face a lot of challenges. They were 19 when they got married and they had two little kids when they were 22. Having kids at that age took a toll on them. 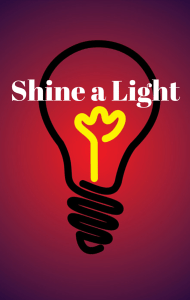 Dr. Oz talked to Mary and Angelo, a couple whose love story is incredibly inspiring, but who now face their biggest challenge. (KreativKolors / Shutterstock.com)

Their marriage collapsed under the weight. They took some time and went their separate ways. The time apart gave them time to grow up. But they got married again later and soon after, they had another child.

Dr. Oz: What is Glioblastoma Multiforme?

They were at the height of their happiness when in August of 2013, Angelo started to forget things and words and had a massive headache. They went to the neurologist and had an MRI. That was when they learned Angelo had a rare form of brain cancer called Glioblastoma Multiforme, or GBM. It was an aggressive tumor and Angelo needed surgery, radiation, and chemotherapy.

There’s unfortunately no way to cure this disease. You can treat it and prolong life, but there’s no cure. GBM has changed Angelo. He’s not the same person he was a year and a half ago, Mary said. The two of them wanted people to know that it’s a neglected cancer and they wanted to raise awareness.

Dr. Oz said he wanted to shine a light on love, so he took a selfie with a light bulb on top of his head. He said he wanted everyone at home to take a selfie of themselves with a light bulb and tag three friends. He wanted people to understand the power of love and raise awareness about GBM. Dr. Oz showed that Mary and Angelo’s friends and family had already taken the selfies.

Then Dr. Oz passed out lightbulbs to the audience, so they could take the selfies, too.  When you take a selfie with a lightbulb on your head, make sure to tag it #SHINEALIGHTCHALLENGE.