Dr. Oz talked on his show about breast cancer. He talked to Erica, who learned how to give herself a self-exam for breast cancer after watching Dr. Oz in late 2011. The segment on Dr. Oz caused her to talk to her doctor, which ultimately saved her life. Now she’s at two and a half years as a survivor. She went through chemo, radiation, and the lumpectomy.

She said this experience made her do a number of things she didn’t know she would ever do, like train and complete a triathlon.

Dr. Oz: Discovering A Lump in the Breast 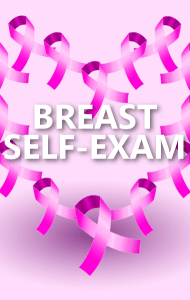 Dr. Oz talked to a woman who learned how to do a breast self-exam from his show, which saved her life. (Sylvie Bouchard / Shutterstock.com)

Erica said she was in the break room at work, where she works as a nurse. She was watching that segment and realized it was weird she hadn’t checked for lumps in a long time. That night, she checked herself and found a lump.

Dr. Oz: How To Have A Breast Self-Exam

To start your breast self-exam, look at your breasts in the mirror. Look for visual changes. Are there any differences in size and shape? Most women have asymmetrical breasts, but are yours the normal asymmetrical?

Erica didn’t see anything when she looked, she just felt it. She took three fingers and went in a circular motion throughout the whole breast and moving up toward the armpit. Erica found hers by actually leaning forward and she felt hers in her armpit. It felt like a pebble in her armpit, really rock hard.

Dr. Oz said that everyone should do the breast self-exam at the same time every month, ideally one week after your period.

Erica was chosen as a Ford Warriors in Pink Model of Courage. She said it was an honor to be chosen and to work with the Warriors in Pink team and to be on Dr. Oz’s show. She met 19 other survivors and co-survivors and she said it’s been amazing to meet them and it really helped her with her breast cancer journey. Ford has allowed her to share her story with women in a way that’s heartfelt and sometimes raw.

“Most importantly, I’m able to share my story with younger women. I was 30 when I got diagnosed. I didn’t think that was possible,” she said.

She also said she loves the Ford Warrior Wear. If you go to fordcares.com, at checkout 100 percent of net proceeds go to one of four organizations.

Dr. Oz also had a mother and daughter on the show who have dealt with breast cancer. Raina said her mom is one of the strongest women she knows. For years, her mother Robin worked at a store fitting women recovering from breast cancer for prosthetics. Raina said the last thing she expected was the phone call learning her mom had cancer. This past summer, Robin had surgery to remove her breast and now she’s going through chemotherapy. Raina said her mom had a great and determined spirit and she said she knew she was going to beat this.

Both women were tearful on Dr. Oz’s stage. Robin said she was really happy to be on the show with her daughter, but it’s been a rough struggle. Dr. Oz said the phone call comes when you least expect it.

Dr. Oz’s entire audience was filled with mothers and daughters. He wanted to have women in an open conversation about breast cancer.

Dr. Oz said that Ford has found 68 percent of women believe the car provides a private setting for important conversations. Robin said she usually has someone drive her to treatment, but sometimes she drives herself.

Dr. Oz surprised Robin with a new car, a 2014 Ford Fusion. She was totally shocked and thanked Dr. Oz and Ford.