Dr Oz put the spotlight on a new documentary that he said inspired him about the advances the past two generations have made in Cancer research. Meet the people behind the story and find out how you can get a comprehensive look at the ages-old disease of Cancer.

Dr Oz: Cancer: The Emperor of All Maladies 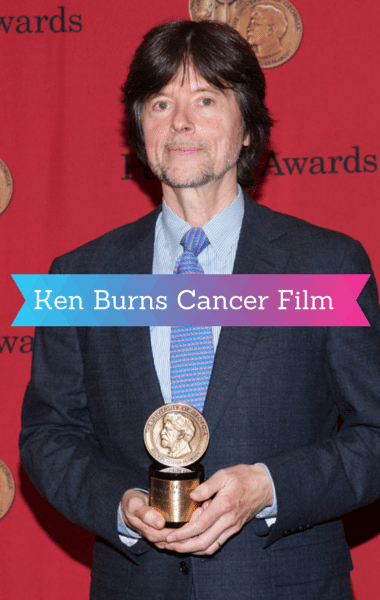 Presidents have been hopeful about finding a cure for cancer over the decades, as seen in the new film from Ken Burns, the esteemed documentarian. Dr Oz called it “the most comprehensive story on cancer ever told.” In fact, the documentary is based on a book written by one of Dr Oz’s colleagues. Dr Siddhartha Mukherjee won a Pulitzer Prize for his book, The Emperor of All Maladies: A Biography of Cancer.

The film version follows researchers, as well as doctors and patients, in some of life’s hardest moments and against one of the most challenging diseases humanity has ever faced. Could cures be on the horizon, after decades of research in the war on Cancer? Many are optimistic.

Dr Oz invited Ken Burns and Dr Mukherjee to chat about the film. Burns said he lost his mother to Cancer when he was 11 years old. “I’m really trying to have a conversation with my mom, I guess,” he said. For a long time, he said that people remained in denial about Cancer.

Why did Dr Mukherjee write the book as a biography of Cancer? He said that this is an ancient disease, and throughout history, people describe the experience as living another life. That’s the way the disease is portrayed in the book. There are plenty of true stories included in the book as well.

One way you can measure the innovations in Cancer research is that experimental treatments exist now to give hope to patients whose diagnoses would have been a death sentence years ago. In the case of a breast cancer patient interviewed for the film, statistics show that treatment options have improved survival rates, in spite of serious remaining challenges.

Dr Oz wondered how close we could be to finding the cure for Cancer. “We have transformed the landscape of Cancer. We will prevent some, we will treat some, and some will remain challenges for our generation,” Dr Mukherjee said.

After seeing the film, Dr Oz said he thought the patients and doctors who participated were very brave. Though there may be a long way to go, but this documentary shows how far medicine has come. Burns said he hopes the film starts conversations about the future of the disease. “For too long, the Cancer discussion left the patient out of the picture,” he said.

The six-hour documentary Cancer: The Emperor of All Maladies, narrated by the late Edward Herrmann, who passed away from Cancer in December 2014, airs on PBS beginning March 30. Check your local listings for times.

On a lighter note, Dr Oz wrapped up the show with a video of a young girl playing doctor and giving her dog an examination. It was adorable!