Dr. Oz talked to a woman named Rhonda who learned the symptoms of ovarian cancer on Dr. Oz’s show and took action to save her life. It started with Rhonda feeling nauseous and having pelvic pain. She’s a flight attendant and she was working a lot, so she just thought it was stress.

One day she turned on Dr. Oz. He was talking about fibroids, and she had every symptom he mentioned, including bladder problems, heavy periods, back pain, bloating, and pelvic pressure or pain. 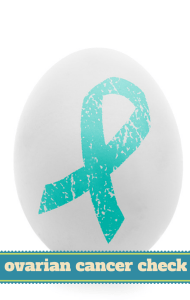 Dr. Oz talked to a woman who learned she had ovarian cancer from watching The Dr. Oz Show and took action to get treatment to cure herself. (Gts / Shutterstock.com)

She went to the doctor and explained her fears. The doctor did a pelvic exam and an ultrasound and discovered she had ovarian cancer. Rhonda said she was devastated. She knew ovarian cancer was deadly and dangerous, so she felt Dr. Oz’s show really saved her life.

Rhonda wanted to come on the show to help prevent this from happening to other women. She is now cancer-free and she was ecstatic to talk about it. She just past her one-year anniversary of being cancer free.

Dr. Oz asked her to put on his famous purple gloves and the two of them looked at an actual uterus with ovaries next to it. This was a heathy uterus and ovaries. Then Dr. Oz showed a uterus where the ovary has turned to the size of a grapefruit. Rhonda said she had no idea it had grown that large, which was shocking for her.

The symptoms of ovarian cancer include pelvic or abdominal pain, urinary frequency or urgency, bloating or having gas, difficulty eating or feeling full quickly, and indigestion, nausea or constipation. Rhonda had every single one of these symptoms.

It started out very mild, but eventually she was doubled over with pelvic pain. She said she chalked it up to stress like many women do. That day, she happened to turn on Dr. Oz, which she hadn’t seen in a while, and it happened to be about fibroids. That’s when she thought maybe she had something like that and it led her to her ovarian cancer diagnosis.

Rhonda said she came on Dr. Oz because she wanted to thank Dr. Oz and help others with her story.