If you’re trying to make smarter diet choices, you may have tried some of those 100-calorie snack packs. Could they actually be sabotaging your diet? Author of “The Dorito Effect” Mark Schatzker teamed up with Dr Oz to investigate what 100-calorie snack packs could be doing to your diet. 100-calorie versions of your favorite junk foods were used to keep dieters hooked, claiming to be a controlled way to satisfy a craving. But can you really stop after just one pack?

Mark joined Dr Oz and explained that the very first Doritos were actually just salted corn tortilla chips. When they didn’t sell very well, the company added chemical flavorings and suddenly they created a snack that people couldn’t stop eating. That same flavoring technology is used across the board in the snack industry. 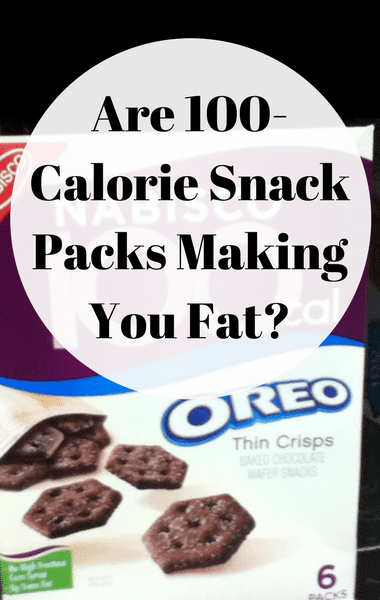 If you’re trying to lose weight, 100-calorie snack packs seem like a good idea, but Dr Oz warned: not so fast! (jeepersmedia / Flickr)

So does it really work to take those seemingly addictive snacksDr Oz: Food Cravings: 3 Ways to Conquer Food Cravings &#038; Just 10 Bracelet and put them in a smaller pack to make you eat less?

Dr Oz: Are 100-Calorie Snack Packs Bad For You?

Mark wanted everyone to know first and foremost that food isn’t just about calories. You body needs vitamins and minerals as well as calories. You would get a lot more vitamins and minerals from 100 calories of fruit and nuts than you would a 100-calorie snack pack. Additionally, your body metabolizes the food differently, which means your body will burn through a 100-calorie pack, leaving you hungry again in no time.

There’s no specific reason 100 was chosen as the magic number. The reality is that there is a large margin of error in counting calories which means you could easily pack on more calories than intended. Plus, people will think they can reward themselves for making a “smart” decision by going with the 100-calorie pack, and end up eating more later on, even though they’re trying to eat less.

Mark further explained that the entire idea has more to do with money than it does with health. Essentially, food companies are taking advantage of people’s desire to lose weight. They can change nearly twice the price for the same product just by putting it in a 100-calorie pack.  But why fall for that marketing gimmick when you can make your own 100 Calorie Snack Pack Recipes for MUCH less money?

Dr Oz conducted a poll on his Facebook page. He asked “For those of you who eat 100-calorie snack packs, what do you like about them?” Some said they liked that they satisfied their cravings while others said they helped hold them over until the next meal. Some also said they helped with willpower and to keep them from over-indulging.

Ranata tried munching on 100-calorie snack packs for 5 days instead of her usual snacks and found that she kept going back for more. For her, they didn’t satisfy her cravings and she didn’t see much of a benefit at all. Mark stated that the real lesson overall is that you’re better off eating real food.