The Today Show’s Al Roker came by Dr. Oz to talk about his weight. He’s known as America’s Weatherman, but for years he’s struggled with his weight. At his heaviest, he weighed 340 pounds. More than a decade ago, he made headlines when he underwent gastric bypass surgery and lost 140 pounds. Five years later, he regained 40 of those pounds. 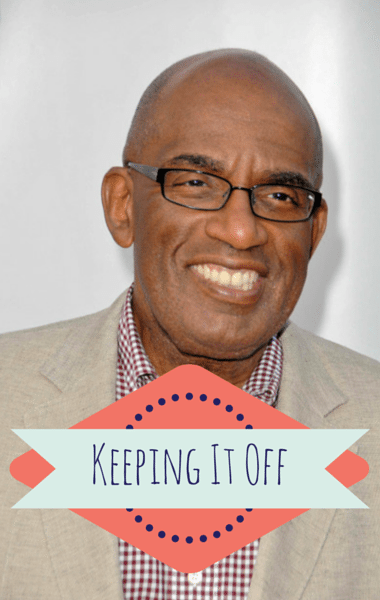 ‘Today Show’ weatherman Al Roker came by Dr. Oz to talk about his struggle with weight loss throughout his life and his advice for people trying to lose weight. (s_bukley / Shutterstock.com)

Al Roker joined Dr. Oz to talk about his weight struggles and his commitment to never gaining weight again. Al Roker said when he has the gastric bypass surgery, he thought no one would really notice. But people started calling and wondering if he was okay because of how much weight he lost.

So Al Roker realized he had to come clean about it. He wanted people to know there’s no shame in getting gastric bypass surgery. He said that a lot of people said what he did was cheating. But he said this is a surgery where they rearranged his insides. He said it wasn’t easy and “it’s not exactly a cheat.”

Al said when he was a teenager, he was a heavy kid. His parents signed him up for a weight loss program. He said it’s always been a battle for him his whole life. He’d lose 10 or 20 or 30 pounds, but then he’d gain it back.

Al said he felt that his weight was a “third person” in his marriage. He’s married to Deborah Roberts from 20/20. She’s very healthy and exercises a lot. She’s a size 4. At Al’s worst, he was a size 60 jacket and a size 54 pants. He didn’t exercise or do anything. Out of love, his wife would nag him about it. Al said that he felt like nagging is the worst thing because overweight people know they’re overweight. So he’d get mad and she’d get mad and they’d argue. Then Al would make himself feel better by eating.

16 years ago, Al Roker’s dad developed lung cancer. Al knew he was dying and he’d visit him every morning. His dad told him he was okay with dying, but he was worried about Al. He wanted Al Roker to lose the weight so he would be there for his kids. So Al Roker swore he would.

That afternoon, his father couldn’t talk anymore, because the cancer had spread to his brain. He was gone two weeks later. After that, Al Roker realized he had to keep his promise. He tried a lot of diets and finally settled on getting a gastric bypass.

He lost the weight and thought he’d beaten it. Five years later, his mom got sick. He visited her every day at the hospital. Al said it was impossible to eat healthy at the hospital. So Al fell back into old habits and gained 40 pounds. After his mom passed away, he realized he had to lose it again.

Al Roker said he went on a cleanse with a friend and now he has a different relationship with food. Getting rid of so many foods really made him appreciate food. He was able to slowly incorporate foods back in and was able to build his diet back. He even started running and ran the New York City Marathon. He biked to work and got a puppy so he could walk her. He’s taking the stairs at work (although he did note they’re working on the elevators in his building).