As he spoke with Alec and Hilaria Baldwin, Dr Oz wanted to learn more about what they like to eat as a family. For the Baldwin family, there are four staples that are always in their fridge: whole grains, good vegetables, good proteins, and a nice dressing. Hilaria loves all four ingredients because they can be combined quickly and easily to make a healthy and filling meal that your body will thank you for.

Dr Oz was then curious as to how Hilaria was able to get Alec to change his bad habits. Hilaria explained that you have to wait for them to be ready. When Hilaria first met Alec, she never said anything. There was actually a few months before Alec started to change what he was doing. Hilaria explained that she never wanted to shame him because if a person is living a certain way and happy to be doing it, you have to let them live that way. 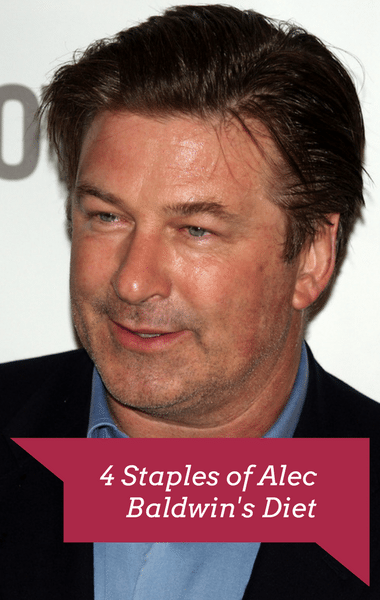 Alec Baldwin and his wife Hilaria shared what four foods make up their diet in order to control his blood sugar levels and keep them both healthy. (shankbone / Flickr)

But when Alec came to her, “I was like well as a matter of fact, I have this entire list of things that you should be doing differently, so I was prepared for it.”

Alec then shared that at one point he went to the doctor and realized his blood sugar was insane. His doctor told him if he didn’t bring his numbers down by changing his diet, he would be shooting insulin. He didn’t take any pills but dramatically changed his diet to remove everything with sugar. He said his doctor then told him that he had never seen someone crash their numbers as dramatically as he did with diet alone. He went from 300 to 130 without medication which is truly impressive.

Hilaria wanted everyone to realize that it’s possible to make dramatic changes, although it’s not easy, through food and exercise. It can even happen within a matter of months. Alec pointed out that he loves his wife’s book “The Living Clearly Method” in which she talks about her competitive dancing career the pain she went through as well as an eating disorder just to get through that world. But when she finally tried yoga, she cried because she was finally able to focus on how she was feeling, not what was on the outside.