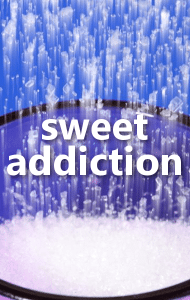 Kristen said it takes her five or six packets to even taste the sweetness in her food. As a personal trainer, she talks about nutrition and what’s good for the body all the time. She feels like a hypocrite since she eats all these artificial sweeteners. She wondered if she was damaging her health.

Dr. Oz took her over to the Truth Tube. A lot of people who abuse artificial sweeteners aren’t as able to process their glucose. This is bad because it’s a precursor to diabetes. But the good news is that Kristen isn’t pre-diabetic or diabetic. She processes glucose okay. But the next thing was the effect of artificial sweeteners on the kidney. A recent study showed that people who drink two diet sodas a day over time develop kidney problems. The ideal kidney filtering rate is 60 ML per minute. Kristen’s number dropped down to 55 ML per minute. Because Kristen’s kidney function is worrisome, she needed to take action now to give up artificial sweeteners.