Bob Harper has helped people lose weight on The Bigger Loser for 16 seasons. He’s helped contestants lose more than 33,000 pounds. Today, he came by Dr. Oz to talk about how to stay motivated on a diet.

Bob Harper said to beat the bad voice in your head telling you to cheat on the diet, you need to make sure you don’t skip meals or deprive yourself. Those two things will help deny the voice power. 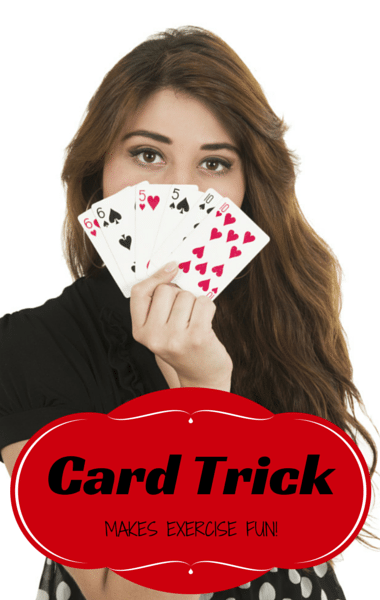 Dr. Oz talked to Bob Harper from ‘The Biggest Loser’ about how a deck of cards can shuffle your workout in a fun way. (Pablo Hidalgo – Fotos593 / Shutterstock.com)

Bob Harper said he wanted people to start their day with a complex carb breakfast with an espresso shot. If you have your complex carbs first, you’ll be able to burn them off throughout the course of the day.

He suggested a waffle with Greek yogurt and berries, or a whole egg with two egg whites scrambled together. With the eggs, you could have some oatmeal with berries on the side.

Why espresso? Bob thinks the little cups prevents adding sugar and milk and all the bad stuff.

Bob Harper also suggested people in Dr. Oz’s studio bring photos of their splurge meal. Dr. Oz’s splurge meal was a German Chocolate Cake recipe from his daughter, The Chew co-host and chef Daphne Oz. Dr. Oz eats it once a year for his birthday, and he eats the whole thing. No one else is allowed to eat any.

Bob said taking a picture of a favorite meal, framing it, and putting on the wall helps people remember that they can still have their favorite meal at some point. But he also said when you have your favorite meal, make it just a meal. Not the whole day.

Bob Harper also suggested people change their exercise routine. His biggest tip was writing down different exercises on each card of a deck of cards. Then, as you pull the cards randomly, you’ll have a new and different workout each day. Agree beforehand how many cards you’ll do.

To make it more interesting, the number on the card could correspond to the number of exercises. Dr. Oz got the seven of diamonds, which was Downward Dog, so he had to start in the plank position and move to Downward Dog seven times.