Can you really hack your body to burn stored fat? The ketogenic diet is a lifestyle designed by science to send your body into ketosis, a metabolic state that forces your body to burn stored fat for fuel. Inducing ketosis actually wasn’t originally intended for weight loss. Back in the 1920’s, it was used to treat seizure disorders in children and diabetes in the years before injectable insulin. The therapeutic potential for ketogenic diets for weight loss was first acknowledged in the 1960’s and took off in the 1970’s when the Atkins diet was introduced.

The ketogenic diet, now commonly called the Keto Diet, is an extremely high-fat, low-carb controversial diet that has many doctors and researchers concerned about the risks of a diet high in saturated fat. Advocates claim the Keto Diet does a lot more than aid in weight loss. They argue that it also increases stamina, boosts immune system, while lowering the risk for heart disease, cancer, and Alzheimer’s. So should you try the Keto Diet? 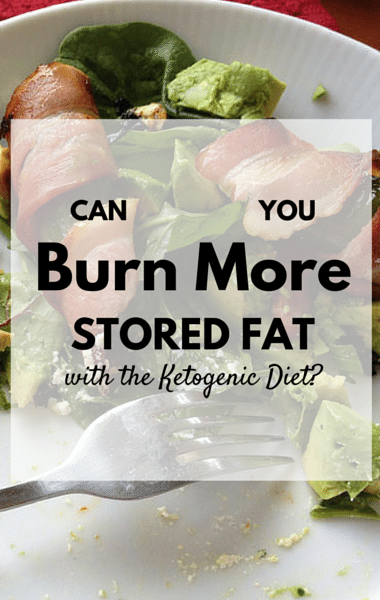 Dr Oz took a closer look at the ketogenic diet and claims that a high-fat, low-carb diet could trick your body into burning stored fat. ([email protected] / Flickr)

Dr Oz: What Is The Ketogenic Diet? + How Does It Work?

Dr Josh Axe, a doctor of natural medicine and author of “Eat Dirt,” explained that he recommends a ketogenic diet for patients who have tried everything else and nothing seems to work. He also recommends it for patients who tend to be insulin-sensitive and have issues with carbohydrates. He explained that the Keto Diet is for anyone who wants to experience a “breakthrough and a really reset their body in those insulin levels.”

Dr Oz then explained that the typical American diet includes food that is converted to sugar, which is then used for fuel. If you keep your calories down and eat a balanced diet, it should work fine. If you eat too many calories or sugar, your body stores fat. Ketosis is the idea that you can “trick your body into running a little differently.”

The Keto Diet calls for dieters to eat primarily fat. Your body then has no choice but to burn off the fat, because it has to break down the fat it used to store, in order to create energy. That process produces chemicals called ketones, which is why when you’re eating primarily fatty foods resulting in ketones, they say you’re in ketosis.

Dr Axe further explained that ketones help your body hormonally and causes your body to work harder. Dr Oz admitted that whenever he would go on a low-carb diet, he would become cranky. Dr Axe explained that so many people believe your body just burns carbs for energy but the truth is that your body can burn fat for energy as well. He doesn’t recommend the ketogenic diet as a long-term lifestyle for most people, instead recommending it for 30-90 days. He believes it can help people overcome an addiction to carbohydrates.

Dr Oz spoke to three women who were currently on the keto diet. The first woman lost 60 pounds in the first year, and her family lost 250 pounds as a whole, just by following the keto diet. The second woman lost 75 pounds and 10 inches off her waist, and said the hardest part was giving up sweets but the cravings disappeared after 2 weeks.

To make sure they were following their diets properly, they used urine strips.

Dr Oz: What To Eat On Keto Diet

Dr Oz was joined by trainer Drew Manning, who purposefully gained 75 pounds a few years ago to better relate to his clients. In six months, he lost all that weight and has maintained it through a ketogenic lifestyle. Drew wanted to show Dr Oz what it looks like to eat a ketogenic diet. He explained that 75-80% of your total calories should come from fat, 10-15% from protein, and 5% from carbs.

If you eat too much protein, it can actually kick you out of ketosis and convert the protein to glucose. The argument is that the more fat you eat, the less sugar you’re going to have in your body.

Because Dr Oz is a heart surgeon, he was most concerned about the effects a high fat diet can have on the heart. Drew argued that research has shown that eating high-quality fats without the presence of refined sugars and processed carbohydrates, it forces your body to use that fat for fuel instead of storing it in the body and clogging your arteries. Good fats include coconut oil, coconut, avocado, avocado oil, salmon, bacon, and some fattier cuts of beef. You want to avoid hydrogenated oils, soybean oil, margarine, and vegetable oil.

Dr Oz: Should You Try The Keto Diet?

Drew then showed viewers what he eats every day. He starts off his day with a cup of coffee mixed with coconut oil and butter. A couple hours later he’ll eat a couple eggs with spinach sauteed in butter, as well as a slice of bacon, and half an avocado. If he gets hungry before dinner he snacks on macadamia nuts. For dinner he’ll have a cheeseburger with bacon and another half an avocado.

Dr Oz expressed fascination with the science, but said we don’t know enough about its effect on diseases. However, it has been proven to work for weight loss so it may be worth trying if nothing else has worked. He is worried that it’s not sustainable as a long-term diet, saying that just one little mistake can have pretty drastic results.