Dr. Oz confronted a notorious fat shamer named Roosh Vorek, who calls himself a “fat shaming activist and organizer.” This interview came in a climate of lots of recent fat shaming online of high profile people like singer Kelly Clarkson and comedian Amy Schumer. There have also been every daypeople that have been fat shamed, like a man named Sean (better known as the Dancing Man) who was internationally humiliated for simply dancing in public.

Roosh Vorek claims that men would rather die than have intimate relations with a woman over 150 pounds. He’s even made it his mission to “make it more acceptable to shame, bully, and humiliate fat women into thinness.” He’s calling for a worldwide fat shaming movement, asking his followers to take pictures of any overweight women and post the pictures to Twitter. 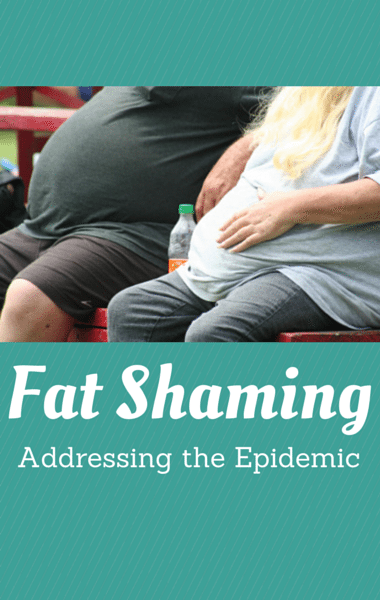 Dr. Oz talked to Roosh Vorek, a man who calls himself a fat shaming activist, who believes fat shaming women will cause them to live healthier lives. ([email protected] / flickr)

Roosh Vorek, who sometimes goes by Roosh V., told Dr. Oz on his show that he’s reacting to the fact that two thirds of people in America are overweight. He said he thinks fat shaming will reduce health concerns.

Dr. Oz said he thought what Roosh V does is hateful. Roosh V said he thought it was important people know he doesn’t hide behind a computer. His name is out there and he does YouTube videos.

“But you have to say that because you have millions of viewers. I think I am speaking the way men speak with each other in the locker rooms,” Roosh V said.

Dr. Oz: Is Being Overweight a Reflection of the Inside?

Here’s another fun quote from Roosh V: “Beauty on the inside… is just something ugly people and feminists say.” Dr. Oz said these were ugly words.

Roosh defended these words by saying, “How someone looks on the outside is indicative of how they are on the inside. If someone doesn’t have the self-control to exercise, to watch how they eat, if they’re big on the outside, that is a sign that there is probably some problems on the inside.”

Dr. Oz said we’re all messed up inside. We all have issues to work on.

Roosh doesn’t fat shame men. He said he helps men by telling them to eat right and go to the gym. He said if you tell a man that more women will be attracted to them if they lose weight, they’ll sign up for the gym right away. He said men respond to “logic.”

He also said the women in his life love him for who he is.

Dr. Oz found 50 papers that concluded fat shaming doesn’t work. He held them in his hands and showed them to Roosh. He said that when you fat shame, the people feel worse and eat to comfort themselves. Dr. Oz said that what does work is letting people know how special they are.

Roosh countered that what Dr. Oz and other doctors with good intentions are doing doesn’t work, because the obesity epidemic is still happening.

“I believe shaming, making a girl embarrassed to look the way that she does, will help more than you giving a tip to eat right,” Roosh said.

Although this seems like a pretty audacious claim, Roosh went on to explain why he started fat shaming women.

“It was sad that every year, when me, a straight man, would have less options to date a thin, beautiful girl. Every year women were getting larger and larger. It has to be stopped in some way. I’m on the same team as you. We just use different medicine,” Roosh said.

Later on in the show, Roosh was confronted by several overweight women who had been fat shamed in the past.