Dr Oz heard from a woman named Lorraine who was practically desperate to help her husband get back on track in terms of his health. She explained that ever since they had kids, Alfred let himself go. Alfred defended himself saying he’s exhausted, usually has a long commute, works late, travels a lot, and suffers from knee pain. But Lorraine believes his knees hurt because of the weight he’s gained. Alfred will often turn to takeout instead of a healthy meal and when he does sit down for a family dinner, he tends to overeat. Alfred believes he’s fine because his doctor gave him a clean bill of health, but because Lorraine makes health a priority, she wants him to do the same.

Lorraine and Alfred joined the show as Alfred admitted that he’s self conscious of his appearance, especially his stomach. He knows he’s carrying more weight which makes him lethargic. 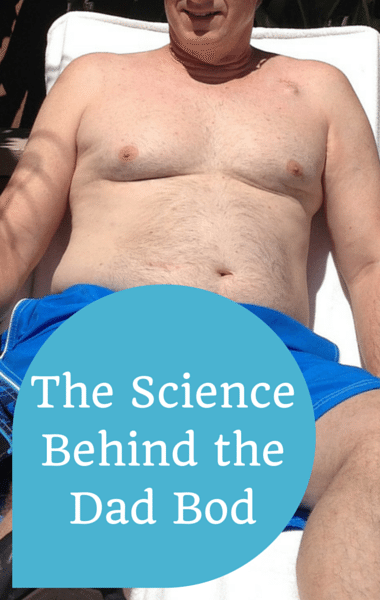 The “dad bod” has become more popular in recent years, but what’s the real deal? Plus, how you can start to lose weight gained after having kids. (edandeddie / Flickr)

Dr Oz explained that years ago, women relied on men to do a lot of things and be providers for the family. Because of that, women were attracted to men with chiseled bodies. Because women no longer need a man to provide for them, more women actually like a bit of a “softer” man because it could be a sign of a better caregiver. Dr Oz also acknowledged the double standard that results from women being expected to lose all the weight they gain during pregnancy.

Alfred admitted that there could be a bit of laziness involved, but Dr Oz countered that it’s actually likely not about being lazy. Before he got married and had kids, Alfred was lean and worked out a lot, but things have since changed. But the truth is that Alfred is the one to take the kids out on the boat at dawn and is there for all of their family events and activities.

Dr Oz: What Your Waist Says About Your Health

But the truth is that if Alfred really wants to be there for his kids, he has to be there for himself as well. Lorraine told Alfred that she wanted him to take better care of his health because she wants him around for her and their family for a really long time. Lorraine’s comments clearly made Alfredo emotional.

Dr Oz then pointed out that his main concern comes from Alfred’s waist. In order to be in good health, your waist size should be less than half of your height. Alfred is about 5’10” which means ideally, his waist would measure no more than 35 inches. Alfred’s waist measured 42 inches. The good news is that Dr Oz believed that it wouldn’t take that much to get Alfred down to 35 inches, and actually had a plan to do just that.

Dr Oz: Plan For Anyone Who’s Gained Weight After Kids

Together with Dr Michael Roizen, Dr Oz revealed a plan to help anyone who’s gained weight after kids. The first step is to stop eating in survival mode. Second, Dr Roizen suggested eating family dinners in two different shifts if you have conflicting, busy schedules. Family dinners are important when it comes to keeping family members close. The kids can eat at 5 or 5:30 with the parent who’s home. But the parent eats just half their meal and then finishes the other half at 7 or 7:30 with the other parent when they get home.

If you find that you’re constantly eating off your children’s plates, you could potentially gain up to 35 pounds in a year. On average, you could be consuming an extra 350 calories. Dr Roizen suggested you take the uneaten food off your kids’ plates and combine it all in a clear dish so that by the end of the day you can see how much extra food you would’ve eaten.

The last and perhaps the most useful tip, is to create one day a week to spend outside. Also, try to take a walk outside as a family after dinner. Do you plan on implementing any of these tips in your own life? Have you found another way to help your own family stay healthy?