Dr Oz: How To Keep Weight off Forever

The topic of today’s Dr. Oz show has been creating your own After-35 Survival Kit. He has joined together with several experts to included items for you to add to your own personal bag of tricks to deal with everything from fighting stress to easing bloating. He created a guide of vitamins you should be taking, the dosage of each, and when you need to take them. He even shared foods that help with moodiness and are easy to find and carry with you where ever you go. Doctor Oz was also joined by the author of Body Confidence, Mark MacDonald to talk about stabilizing your blood sugar to lose weight and keep it off forever.

One of the biggest challenges when trying to lose weight, especially as we get older, is those foods that we crave that can sabotage all our hard work and effort. Dr. Oz says calls them Diet-Busting Foods and he is sharing some of the worst ones to avoid. 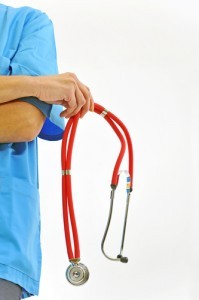 100-Calorie Snack Packs – You would think that food that comes packaged with a strict amount of calories would actually be good of your diet, right? Even Dr. Oz says that he has recommended them as an option on his show before, but they can mess with you on a psychological level. Studies have shown that when you grab, for example, a full bag of chips as opposed to 100-Calorie Snack pack options, you can actually see what you are eating, but the smaller containers you are more apt to tear into two (or even more) without even thinking. Dr. Oz says to either give up the 100-Calorie snack packs altogether or at least keep the empty container in front of you as you eat as a reminder. The basic theory is seeing what you are eating as you eat it.

Bran Muffin – If you had the choice at breakfast to eat an egg, cheese, and sausage sandwich or a bran muffin, you might think that the muffin is the healthier option, but actually it is one of Dr. Oz’s Diet-Busting Foods. When you hear the word bran your brain automatically thinks it is healthy, but it is the word muffin that is dangerous. Dr. Oz says it is just a cupcake without the frosting. What happens is that the benefits from the fiber end up getting drowned out by the carbohydrates, the sugar, and the oil, making it healthier than the breakfast.

Frozen Diet Dinners – Dr. Oz says we can often get into trouble when buying the frozen dinners that intended for dieters. They are often loaded with 1700 milligrams of sodium (nearly the amount you are supposed to consume in an entire day), so he says to look for the ones that clearly say low-sodium, which means they will only have 600 milligrams or less, making them a much better option.

Granola Bar – When granola is made the right way, it is a great meal or snack, according to Dr. Oz, but often times granola bars come with white flour and a lot of sugar, making them worse for you rather than healthy. He says to look for one that has less than 150 calories to avoid eating one that isn’t good for you.

While different people and television characters have their own unique outfits or accessories, Dr. Oz has his purple medical gloves. He says he likes them better than traditional surgical gloves because they are thicker. He first brought them to the Oprah show when was a regular guest there and they were a huge hit with Oprah and now they have become a huge hit with many of Dr. Oz’s fans.

He says he gets photos from all over the world of folks and their purple gloves. From The New York City Skyline to Mt. Rushmore as their backdrop, people have posed with the purple gloves, but they have also made their way all the way to France, on three young girls in the front of the Eiffel Tower.