Millions of Americans Google the words “how to lose weight fast” every year. There’s no end to the amount of results you’ll receive, given the number of diets available for you to find on the internet. But the real question is: do they work? Are they even safe? Registered dietitian Keri Glassman joined Dr Oz, as well as a few brave women who dared to try some of the most Googled internet diets out there.

Keri explained that it’s easy, fast, and private to search for a diet online. The problem is that there’s so much information out there and it’s not all great. The first popular internet diet is the military diet, which actually isn’t at all associated with the military. Dr Oz’s go-to tester Rhenotha tried the military diet for herself.

Dr Oz: What Is The Military Diet? 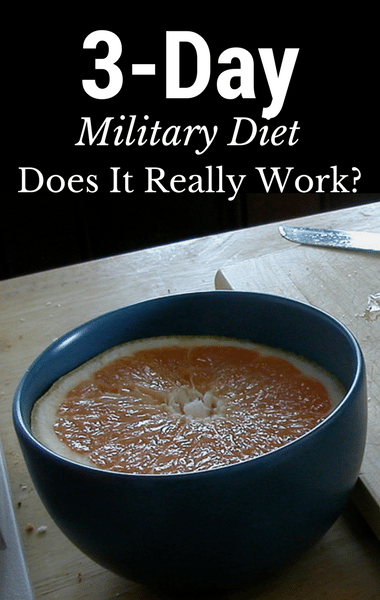 What is the military diet? What about the GOLO diet? Do these popular internet diets really work? Dr Oz revealed the truth. (zappowbang / Flickr)

The military diet, also known as the 3-day diet, claims it’s the fastest way to lose up to ten pounds in a week. The diet requires dieters to follow the regimen for three days, then take four days off. It’s easy to follow because you’re told exactly what to eat during those three days.

On day one, you’re going to have half a grapefruit, a slice of toast, two tablespoons of peanut butter, and coffee. For lunch, you’ll have a can of tuna, a slice of toast, and some coffee. For dinner, you’ll have chicken, green beans, half a banana, an apple, and some ice cream. You follow that regimen for three days and then the other four days you can basically eat whatever you want.

So why would it work?

According to Keri, the military diet could work for some people who want structure and like being told exactly what to do. Plus, they get four days of freedom after strict eating for three days. But more than anything, the diet is basically calorie restriction with the help of caffeine, which may slightly help the metabolism.

Rhenotha tried the diet herself and said she lost about 10.3 pounds and actually really liked the diet. But she did some swaps, like instead of the green beans she ate collard greens and it worked just as well. Plus instead of white toast, she had wheat toast. She made a point to say that she couldn’t go crazy on the four off days though, or those three days would be for nothing. It’s also important to know that a lot of the weight lost initially is likely water weight, but it’s a great way to get started.

Dr Oz: What Is The GOLO Diet? GOLO Supplements

The number one most searched diet on the web is the GOLO diet which can reportedly help reduce hunger, cravings, stress, and anxiety. It can also reportedly increase energy and stamina, while helping you lose up to four pounds the first week. You can also potentially lose 1-2 inches, while feeling and sleeping better. That’s a lot of promises!

Keri explained that as part of the regimen you pay $50 and have to take a supplement with breakfast, lunch, and dinner. You’re also given a lot of books and packets to follow where you’re learning about macronutrients like proteins, carbs, and fats. It can get confusing, but the nutrition booklets can help.

The supplements are supposed to help manage stress and blood sugar. One of the compounds in the supplement is chromium which may help with blood sugar as well as rhodiola which is an adaptogen that is supposed to help manage stress. Keri believes there isn’t anything in the supplement that may be particularly harmful, but it’s also not a “miracle pill.” Additionally, the research done on the pill was done by the company itself.

Celeste has been on the diet for six days and shared what she ate.

For breakfast on the GOLO diet, Celeste had one cup of oatmeal and a small red apple. Then for a snack, she had 10 walnuts and 10 pecans to keep her full. Her favorite meal of the day was lunch, when she ate one sweet potato, 4 ounces of wild salmon, and one cup of broccoli. For an afternoon snack she had one cup of plain Greek yogurt. For dinner, she had a homemade vegetable soup made out the following ingredients blended together:

Dr Oz: Does The GOLO Diet Work For Weight Loss?

In six days, Celeste lost a pound and a half and had to remind herself to take the supplement which was hard for her to do. Keri thinks the diet is fairly healthy, but believes it could use a little more protein and healthy fats. It’s low in calories as well. She made a point to say that you could probably follow a similar diet plan without taking the supplement and have similar results. Celeste admitted she probably wouldn’t recommend it for her friends, because the supplements didn’t seem to have an added effect for her.