Almost all of us have food cravings, but now there may be something natural we can do to turn the tide. The answer could be dopamine, which makes us feel good and could change our attitude toward temptations. Could The Dopamine Diet be the secret you have been waiting for? Check out the Dopamine Cravings Quiz to find out. 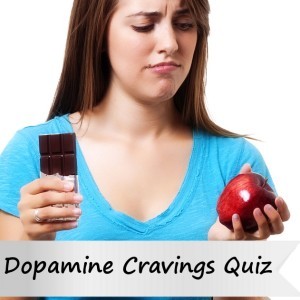 Dr Oz and Bryce Wylde shared a theory about how to regulate dopamine in the body and curb unwanted cravings. Take the Dopamine Cravings Quiz from the show!

Bryce Wylde is a holistic practitioner on the cutting edge of science. Now he is taking on food cravings to explain how dopamine affects our food cravings and portion control. But you can regulate dopamine by watching what you eat.

In a trial, Wylde said that his patients are seeing great results. Wylde also has a new book called Wylde On Health. He said that dopamine is responsible for our moods and keeping us feeling good.

Low dopamine levels make for big appetites and unstoppable cravings. If eating makes you feel good, you will seek that out and you could end up with other health problems, as well as an eventual dopamine crash.

The body wants to be in harmony, or homeostasis. That’s why it wants to even out the dopamine levels in your brain. You could end up with a dopamine deficit if your body tries to overcorrect.

We could be eating extra calories in response to our cravings. The solution to this hypothesis, Dr Oz explained, was finding a way to maintain a steady supply of dopamine in your system, which should keep your cravings in check.

An audience member admitted that her cravings were out of control. Though she feeds her family three meals a day, she does not sit down with them to eat because she is snacking all day and night.

She said she does not feel in control of her cravings, and feels responsible for the cycle she has found herself caught up in. Dr Oz showed brain scans to explain how you can’t be held accountable for the level of dopamine in your brain.

If you answer yes to any of these questions, you could have low dopamine levels.