Dr Oz spoke about The Dukan Diet, which is a brand new diet from France that promises that you can eat whatever you want and never gain a pound.  Kate Middleton was rumored to have used it to lose weight for her royal wedding and Jennifer Lopez is thought to have tried it to lose her pregnancy weight.  But is The Dukan Diet safe and effective?  Dr Oz was joined by a panel of three doctors who judged the merits of the diet: Dr Caroline Apovian, Dr Joel Fuhrman and Dr Heidi Skolnik.

Dr Oz said that the Atkins Diet jump started the idea of a high protein and low carb diet.  But the latest and greatest diet that has swept through France, Europe and beyond is 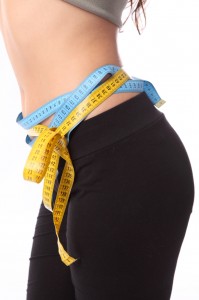 The Dukan Diet, which has sold over 5 million copies worldwide.  Dr Pierre Dukan promises that this diet is different than anything you have heard of or tried before.  One of the biggest differences between the Dukan Diet and the Atkins Diet is that Dr Dukan does not allow fat on his diet except for oily fish and eggs.  Also, The Atkins Diet is a plan that you have to stay on for the rest of your life, whereas the final phase of the Dukan Diet lets you eat anything that you want six days a week, as long as you follow the diet the same day every week.

Dr Pierre Dukan said that if you follow all four phases of the Dukan Diet, by the end you can eat anything you want six days a week and you will not gain weight.  Part of the reason for this is that you are supposed to learn a pattern of normal eating.  That way when you are left to eat whatever you want, you will still be eating normal size meals rather than overeating.

The first phase of The Dukan Diet is the Attack Phase, and this lasts between one and ten days, depending on how much weight you want to lose.  Dr Oz said that to lose around 25 pounds, you want to be in this phase for about a week.  There are no calorie restrictions during this phase, or any other phase of The Dukan Diet, but you must eat only the following foods during The Attack Phase:

– 1.5 TB of oat bran daily, which allows you to feel fuller and to go to the bathroom regularly.

Doctor Oz said that an example meal plan while on The Attack Phase would be eggs and lowfat yogurt for breakfast, an oatbran and egg white pancake with a piece of salmon for lunch, and a chicken breast for dinner.  You will lose up to ten pounds in just this one phase.  Your body knows what to do when you stop eating carbs – it goes into Ketosis to get the energy your brain needs and so you start to burn your fat stores.

Dr Fuhrman said that half of the weight that you lose is water weight during The Attack Phase, so you lose potassium, magnesium and can get dehydrated.  He believes that this can be dangerous, even for a short time, and pointed out that a teenage girl died from being on a diet similar to this for just two weeks.

Dr Oz was joined by a lady named Donna who has been on The Dukan Diet’s Attack Phase for 10 days, and she went from 211 pounds down to 198 pounds during this time.  She said that she thought it would be much harder than it was, and that she never got hungry.  Doctor Oz said that even if some of the weight that she lost was water weight, it was still a decent amount of fat as well.

The second phase of The Dukan Diet is the Cruise Phase.  Dr Oz said that during this phase you can eat all of the foods from phase 1, but now you can also add non-starchy vegetables every other day so that you have more flexibility.  Some examples of non-starchy veggies include broccoli, cauliflower, salad and eggplant.  You are supposed to stay on The Cruise Phase until you reach your goal weight.  Dr Oz said that this can take up to 10 weeks and cautioned us that this means that you are only getting the disease-fighting nutrients from vegetables every other day while on this phase.

Dr Oz was joined by a lady named Anne who said that she lost 36 pounds in the first two phases of the Dukan Diet and that she feels great.  She has been on the plan for 6 months and said it is not difficult to be on it and still enjoy her life.  She just skips dishes with cream, sugar and carbs when she goes out to eat.

The third phase of The Dukan Diet is called The Consolidation Phase and this helps to stabilize your weight loss.  You can now add the following foods to your diet:

– Two Celebration Meals a week with splurges like pizza or a hamburger and even a cup of wine.

Dr Fuhrman said that during this phase you are reintroducing carbohydrates, which is good because it takes you out of the Ketosis Phase which can damage or burn out your kidney (especially if you have Diabetes).  Dr Oz was joined by a man named Marshall who lost 52 pounds during the first two phases of The Dukan Diet, but when he went into phase 3 and reintroduced carbs, he had trouble controlling his consumption and so he gained about half of the weight back.  So now he has gone back to phase 2.

The final phase of The Dukan Diet is The Stabilization Phase, and you must follow these fairly simple sounding rules:

1.  One day a week you can only eat protein, and it must be the same day every week.

2.  You must eat 3 TB of Oat Bran every day, and this will help to keep you full.

3.  Never take elevators or escalators again, and make sure to walk 20 minutes a day.

Dr Oz asked his panel of three doctors to rate The Dukan Diet from 1 to 10, and here is what they said:

Dr Caroline Apovian rated The Dukan Diet an 8 out of 10.  She said she loves the structure that the diet provides.  The Attack Phase at the beginning gives you a good jumpstart by eating protein and will make you feel good about yourself since you see pounds come off right away.  Dr Apovian said that the only reason she gave it an 8 rather than a 10 is because she is not sure how Americans will do with the last phase because you still have to eat reasonably and so many Americans are used to overeating and are surrounded by this temptation.

Dr Joel Fuhrman rated The Dukan Diet a 1 out of 10 and said he would have gone lower if he could have.  He feels that it is a very dangerous fad diet where people yo-yo in weight from one phase to another, and by doing this, you put back vulnerable plaque in your heart.  Dr Fuhrman also said that by your weight going up and down, you increase your risk of Breast Cancer.

Dr Heidi Skolnik rated The Dukan Diet a 5 out of 10.  She said she likes the lean proteins, the vegetables, and the daily walking components.  But she thinks a low fat diet is hard to maintain and not necessary, because other diets like the Mediterranean Diet that include lots of health fats and do not remove fruits are healthier and help you to lose weight as well.

Dr Oz’s final conclusion on The Dukan Diet is that the rapid early weight loss is great because it gives you pride and a feeling that you can make this change happen.  He said he likes that it gives you long term management skills while adding flexibility as you go along.  Doctor Oz said that if he could though, he would change the Celebration Meals to keep things lower in carbs.  At the end of the day, Dr Oz said that the best way to lose weight is to eat a balanced and healthy diet, but that does not necessarily work for everyone.  So he said that it is more important to him that we lose weight and keep it off, especially if we are obese, than it is to make sure we get all of the nutrients we need every single day.  As long as you do not stay on the early phases for too long, most people will be able to handle this, but of course you should always check with your own doctor first before starting any new diet.