On this show, Dr Oz had on 4 women who loved their fuller figures. Dr Oz also asked 4 morbidly obese women who struggled to lose weight to join the show. Would the 8 women find a common ground? Doctor Oz hosted an Obesity Debate!

One woman who was trying to lose weight, stated that the women who partook in feederism (a term used to describe women eating for the gratification of others) gave all fat people a bad name.

Star, who struggled with her weight her entire life, stated that it was irritating to watch these women think they’re okay to be that big. Star wanted to feel beautiful and didn’t feel that way about her body. 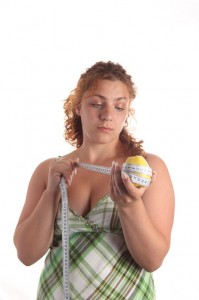 Star has 4 children and didn’t want to die from a heart attack. She had a desire to lose weight. Star got into the adult industry and made $400-$500 dollars in an hour by men paying to smell under her arms or paying to have her NOT take a bath. (Due to extreme disgust, I am going to hold my comment here.)

CeLisa weighed 394 lbs. She wasn’t a willing member of the feeder community, but her ex-boyfriend got her into it. She had gotten so big, she couldn’t comfortably move about and felt terrible. CeLisa stated that the women happy about their morbidly obese bodies were perpetuating a stereotype that all fat people were lazy. (That comment really hit a nerve with the panel.) “Let’s be real,” CeLisa went on to say, “These women could barely move when they came onto the stage. Dr. Ablow agreed with CeLisa. He felt these women were in denial, but that they actually believed they were happy.

Rhea weighed over 400 lbs. and told Doctor Oz she got a divorce because she was too fat. When she was married, she never met her husband’s family because he told her he was embarrassed to be seen in public with her. (So he married her?!?!) Rhea believed that the women who say they’re happy with their bodies were lying.

An Sean was a single mom who constantly thought about her children and was worried that because of her weight, someone else might have to raise them. She told Dr Oz that being morbidly obese was unhealthy because their frames were not made to carry that weight.

What do you believe? Leave a comment and let me know.