Dr. Oz has been talking to notorious fat shamer Roosh Vorek, who sometimes goes by Roosh V., about his campaign to fat shame women into living a healthier life.

For example, Roosh recently asked followers to take and post pictures of women with “a bit of muffin top, bingo wings, or cankles.” Dr. Oz shared a tweet from one of Roosh’s followers, a picture of a woman the tweeter called “a fat pig.” 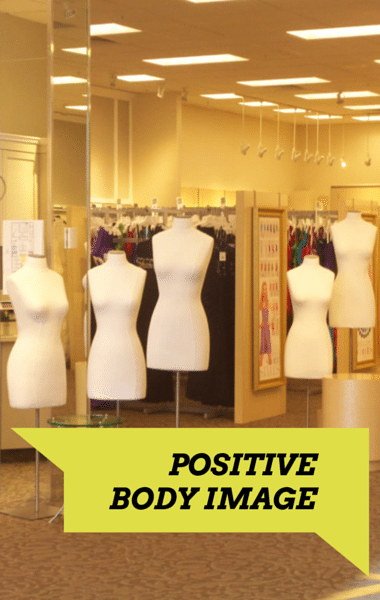 Fat shamer Roosh V. was confronted by some victims of fat shaming on The Dr Oz Show. (dno1967b / flickr)

“We will,” shouted a man in the audience.

“I wish I could scan your brain to understand what’s happening inside, because there are pieces that are missing. And it’s not even rational, what I’m hearing,” Dr. Oz said.

Dr. Oz then turned it over to three women who were fat shamed in their own lives. Jeanette, Arlena, and Megan were present for this conversation and they were ready to speak to Roosh.

Jeanette said that Roosh is “very disrespectful.” She said that she was recently fat shamed at a bar when two guys were taking pictures of her. She said it didn’t hurt her feelings. It made her angry. She said Roosh didn’t know anything about her. Jeanette has a nutritionist and she’s gluten-, fat-, and sugar-free.

Arlena said she thought Roosh had low self-esteem and a lot of self-hatred. She said that she didn’t think this was doing anything for the community. And she pointed out that children are struggling with obesity. Was he prepared to fat shame them, too?

Megan said that Roosh’s website and her followers made her sad for Roosh and for them.

Roosh said this is the first generation that will live a shorter life than the previous generation. He also said that Dr. Oz is only picking out the extreme things he does and not the work he does to help men lose weight and get to the gym.

Dr. Oz: Accept Yourself As You Are Now

Tamika, a plus sized model, wanted to be on Dr. Oz for this segment. Tamika asked Roosh to really look at her, because she wanted him to know she was a human that had feelings. She said that the plus sized community wasn’t saying they shouldn’t take care of themselves and acquire a healthier lifestyle. She said it’s important to accept yourself as you are today. In six months or a year, you might be a different weight. But you have to accept yourself for who you are now.

“Beauty comes from within. And I am not insecure. As a matter of fact, I am one of the most confident people you will ever meet,” Tamika said.

Dr. Oz: How Do We Get People to Lose Weight?

Roosh said he would rethink his position and how what he does affects people’s feelings, as long as these women would acknowledge that fat acceptance is “going to cause additional health problems for millions of people and shortened lifespans.”

Dr. Oz said he thought Roosh had it completely backward. He said that the way to get people to lose weight is to get them to accept themselves. He said we hold onto fat because we feel it protects us.

Dr. Oz then showed a video with the women who were fat shamed who asked people not to call them fat or skinny. Instead, call them strong. At the end, Dr. Oz asked people to think before they call someone fat. “Weight shaming doesn’t make anyone thinner. It just makes you small,” he said in the video.