Dr Oz did a show called The Man Who Thinks Everything Dr Oz Says Is Wrong to go head-to-head with Gary Taubes, author of Why We Get Fat.  Taubes believes that everything Doctor Oz says about how to live your life and lose weight is wrong.  What does Gary Taubes think is the best way to lose weight?  And why does he think that Dr Oz’s approach is completely wrong?

The Man Who Thinks Everything Dr Oz Says Is Wrong

Gary Taubes want to shatter what he believes are myths that surround weight loss.  For example, he does not believe that eating too much and not 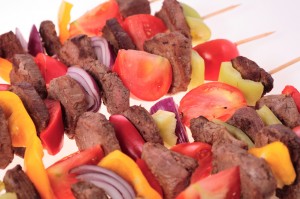 exercising enough are why we are fat.  Taubes eats eggs, cheese, bacon and sausage for breakfast every single morning.  He says we are told not to eat red meat, butter and cheese, but all of this is wrong.  In fact, when he goes to the grocery store, he goes straight to the meat counter and skips over the potatoes.  Taubes believes that dietitians and public health officials are just saying conventional wisdom that is completely wrong and does not work.  Could this be why you or other loved ones are struggling with their weight?

Dr Oz asked Gary Taubes why he thinks we are making the wrong assumptions about dieting and weight loss.  Taubes said that terrible scientists who were passing as medical researchers 50 years ago came up with these assumptions that they never proved, and it turned out that they were wrong, but these messages are passed on to doctors in medical school.  Gary Taubes has spent the past 10 years trying to show that the evidence is pretty clear regarding the best ways to lose weight.

Dr Oz asked Gary Taubes what is the biggest misconception we have about why we gain weight?  Taubes said that there are two big misconceptions: one is that eating fat makes you fat, and the second one is that you get fat from eating too much and exercising too little.  Dr Oz says that these are pretty fundamental assumptions and that he disagrees with Taubes, but that he thinks it is important that he is forcing doctors to re-examine what they think about weight loss and dieting.

Dr Oz always says that we should eat complex carbohydrates like whole grains and fruit, but Gary Taubes believes that we should eliminate all carbohydrates from our diet.  Taubes said that if you tend to gain weight easily, it is probably because you have a hormonal problem which is how your body responds to the carbs in your diet.  Carbs make you simulate Insulin, which puts fat into your fat tissues.  So Taubes believes that the only way to get the fat out of your fat tissue is by lowering your insulin levels.  He did say that you can eat some carbs like green leafy vegetables (broccoli, kale, salad greens, etc.) because these carbs are bound with fiber and are considered “Slow Carbs.”  With Slow Carbs you do not get an Insulin secretion, so you do not go into fat storing mode like with Fast Carbs.  Taubes said that the key to understand is that it is unfortunate and unfair, but if you tend to gain weight, carbs are fattening.  He also believes that you cannot give the same advice to a thin person as you do to a fat person.  Dr Oz was adamantly disagreeing with Gary Taubes because he said that some of the fruits and vegetables that he is saying to avoid are actually disease fighting tools and cancer fighters.  But Taubes argued that there is evidence that shows that these diseases and cancers may actually be caused by these carbs.

Another area where Doctor Oz and Gary Taubes disagree is with respect to fat.  Dr Oz says that saturated fats are dangerous, whereas Taubes says that all fat (except for transfats) are good fats.  Taubes said that bacon, steak, lard and cheeseburgers are all fine because their fat content is primarily the same fat as you find in olive oil.  He did agree that there is a little saturated fat in these foods, but he believes it will raise your HDL Cholesterol (your healthy cholesterol) much more than it will raise your LDL Cholesterol (your lousy cholesterol).  Dr Oz said that he thinks that Taubes is just completely wrong, because these fatty foods have at least 1/3 of their fats coming from fats that are not like the fat found in olive oil.  Doctor Oz said that saturated fats prevent your arteries from dilating, increase your LDL Cholesterol, and that many of these processed foods are linked to Cancer.

Dr Oz went on Gary Taubes’ Diet for 24 hours to see how he would feel at the end.  For breakfast, Doctor Oz usually has blueberries and yogurt along with a green drink, but instead he had eggs and sausage.  For a mid-morning snack he would usually have walnuts soaked in water and orange wedges, but he replaced the snack with pork rinds.  For lunch, Dr Oz usually would have a salad topped with Seitan and quinoa, but he had a salad topped with chicken and another fattier meat.  The mid-afternoon snack was pepperoni slices and cheese sticks.  And finally for dinner, Doctor Oz likes salmon, spinach and brown rice, but he had a rib-eye steak with green beans instead.  Dr Oz said that after just one day on Gary Taubes Diet he had headaches, his breathe turned stale, he was irritable and constipated.

Taubes said that the point is that carbs are fattening, which is why so many people have been successful on diets like the Atkins Diet.  But Dr Oz argued that his diet is not sustainable for people and that you also need to focus on the sacredness of foods that fight diseases.  Dr Oz agreed that some people will do better on a low carb diet, but that they have to also eliminate saturated fats.  However, at the end of the day, Doctor Oz thinks that the best way to control your Insulin levels is to shave off simple carbs and to remove 100 calories from your diet every day.  But of course, Gary Taubes disagrees completely.