Hypnotist and best-selling author, Paul McKenna, gave you his secret weapon to help you shed the pounds. With one simple procedure, Paul transformed one woman’s life and could possibly do the same for you. On today’s show, Paul hypnotized the entire audience to help them jumpstart their metabolism in order to lose weight.  You should definitely read about the Gastric Hypnotic Band segment too!

Paul explained that most weight loss plans are obsessed with the external, but he’s more concerned with internal. 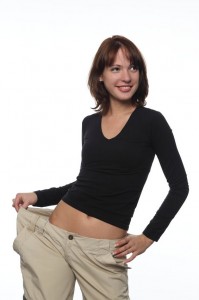 He wants you to figure out if you’re really hungry and you can do that by changing the way you feel.

Mangeet weighed 371 lbs. at her heaviest. Dr Oz had her stand in the audience and after losing 200 lbs. with Paul’s help, she told Dr Oz that she looked and felt great. She had been able to keep the weight off for 7 years. Mangeet was a Rocket Scientist and people kept telling her to do the obvious; just eat less and move more. (Don’t you hate it when people say that? If it were that easy, I’d look like Halle Berry by now!) Mangeet said she tried every diet plan and pill she could get her hands on, but still, she couldn’t lose the weight—until hypnotism. What provoked her to do something was the lost of her husband in a car accident 2 years ago.

Paul used his techniques on everyone in the audience (and at home.) He stated that your metabolism was not fixed and that starving yourself will only slow it down. Feeding yourself when you’re hungry will speed it up. Exercise also helps. Paul said any movement at all counts as exercise. He instructed the audience to close their eyes and think of pleasurable things, then to link those things of pleasure to exercise. It’s like Pavlov—you feed the dogs, ring the bell, feed the dog, ring the bell etc… He has the audience use the same concept but they are to squeeze their finger when they think about activities that bring them great pleasure. Think about taking that good feeling (pleasure) to the idea of any kind of exercise. (Well, I feel like running a marathon. How about you?)

What Paul says will happen.: When you’re faced with the opportunity to take the lazy way out, such as parking the car closer to the mall, you make the choice to park further and walk to the mall. (OMG, I would LOVE to hear if anyone feels this way!)