Dr. Oz hosted the ultimate showdown between tea and coffee on his show, in order to find out once and for all which one of them has the most health benefits. 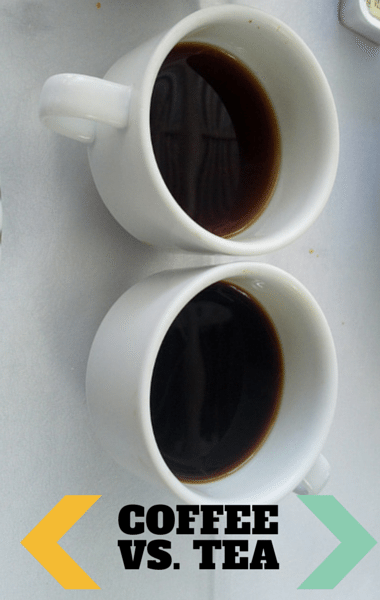 Dr. Oz had a battle on his show between tea and coffee. Which one has better health benefits, flavor, and caffeine? Dr. Oz sought to find out. (masonmasteka / flickr)

Dr. Oz talked to Robert Galinsky, author of Coffee Crazy, for the coffee side, and nutritionist Keri Glassman for the tea side.

First up was Robert Galinsky, talking about the health benefits of coffee. He said that coffee is used in research for cancer, Type II Diabetes, Parkinson’s disease, and MS. He joked that it gives him a “headache how healthy it is.” If you drink coffee with a pain reliever, it ups the effectiveness of pain relievers by 40 percent. It also speeds up metabolism to help you burn calories.

Then it was Keri Glassman, who said that tea has lots of health benefits. All types of tea, whether green, white, or black, come from the same plant. Green tea prevents cardiovascular disease, cancer, and diabetes, and helps fight obesity, Parkinson’s, and Alzheimer’s. Tea also helps you calm down.

The audience voted and it seemed coffee won the first round.

Dr. Oz: Does Coffee or Tea Have More Caffeine?

Robert Galinsky said that coffee has two times the caffeine of tea. Robert Galinsky then said that recently, Serena Williams was playing a tournament and lost the first set 6-3. She then had an espresso and won the next set 6-0.

Keri Glassman said that caffeine is a stimulant and it’s not real energy. Tea gives you caffeine, but it also helps you from crashing later.

The people voted that tea won this round.

Dr. Oz: Does Coffee or Tea Have Better Flavor?

Next, there was flavor. Keri and Robert both prepared great versions of their beverage. Carla and Allison from the audience came down to try the beverages. Dr. Oz was the tie breaker.

Which one do you think is better? Tea or coffee?