Have you ever been entirely overwhelmed by a craving so bad that you just can’t help but give in, only to feel guilty afterward? You’re not alone! Do you know how to shut down cravings when they pop up, or do you always end up giving in? Dr Oz shared that in a recent study, 97% of women said they experience strong food cravings and willpower just isn’t enough! Fitness guru Chris Powell was there to help!

Chris Powell has a three day plan to help you shut down your cravings. Chris said cravings are biological urges that we all have. When we eat, our blood sugar goes up and then later drops, releasing hormones causing cravings. The brain wants starches and sugar, because that’s what the brain runs off of. To better control your cravings, once again it comes downt o eating real, whole, natural foods. Natural foods are digested slowly, avoiding that sugar and energy crash. 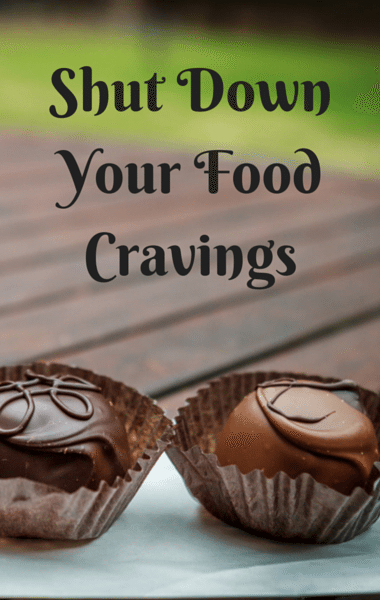 Dr Oz, with a few members of his team of experts, shared how you can best shut down your cravings and stay on track to healthier eating. (dhinalchheda / Flickr)

When you first wake up, within 30 minutes, you need to eat. Then, you need to eat every three hours throughout the day, consuming three main meals and two snacks. It’s also important to pair your meals correctly, eating a protein with a carb at every meal. Some great ideas include an English muffin with almond butter or whole grain spaghetti with chicken.

Three women tried eating the way Chris Powell suggested and two out of three said they no longer had any cravings at all, while one woman said it did help her, just only a little bit.

The next step of Chris Powell’s plan to shut down cravings is to include one serving of dairy in your lunch. There’s a lot of properties of dairy that can help control cravings.

Third, you should replace sweet snacks with fruit topped wih salt. Add a little salt to apples, pineapple, watermelon, or any other fruit, to take the sweetness to another level.

First, Chris Powell said nine times out of ten, when you experience a craving, it’s likely because you’re dehydrated. The mechanism for thirst in our brain so weak that we often confuse it for hunger. First thing he always does is drink water. Usually, the craving will go away. He admitted, though, that he struggles to drink plain way so he enjoys seltzer water. He adds in fresh fruit, and it makes him look forward to drinking water. “If you’re hydrated throughout the day, you’ll keep the cravings at bay.”

Next, Jennifer Widerstrom from The Biggest Loser, suggested finding fun ways to replicate the foods you love. She’s obsessed with pizza but instead of indulging in it, she’ll use flax seed crackers with melted muenster cheese and red pepper flakes as a substitute. Dolvett Quince then suggested that you brush your teeth, because if you do, you’re less likely to eat something right after. Go ahead and sip some water afterward too.

Next, Ashley Koff explained that if she gets a bad craving for potato chips, she’ll have popcorn with coconut oil and hemp seeds instead. The hemp seeds are full of protein and magnesium.