Montel’s Emotional Eating filled the void brought on by the pain of sadness. Doctor Oz says this happens to many Americans, so on today’s show, he revealed the emotions that make us eat, which included boredom, anger, stress and sadness. Montel gave solutions to combat these emotions to stop the overeating. 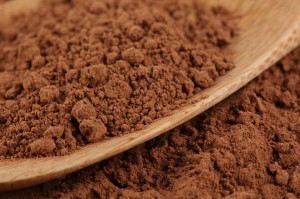 Dr Oz spoke about Montel's Emotional Eating Plan to help those of us who eat to soothe ourselves.

Nearly half of those surveyed on the Doctor Oz website said that boredom was one reason they overate. To combat this, Montel revealed his Never-Be-Bored Kola Nut Infusion. Montel says he mixes a few drops of the extract into drinks or you can take it straight. (Doctor Oz tasted it straight and didn’t like it very much.) You can also put a few drops onto fruit, like a slice of watermelon. (Dr Oz preferred it this way.) Montel said he takes this every day.

When you get angry, you get fired up. Montel suggested his Soothing Seed Combo, which is a combination of hemp seeds and chia seeds. Hemp contains high levels of protein and burns fat. He got the idea of chia, which is also protein laden, from Dr Oz. You can eat the seeds over a salad or mix it in drinks.

Stress, another common reason for overeating, causes bloated bellies. (And who wants that?) Mix 3 Tbsp of raw chocolate with 4 Tbsp of ground goji berries. Add in 1 can coconut water. (Montel suggested drinking coconut water twice a date to fight wrinkles.)

To combat sadness, Montel suggested Happy Hunger Chews, which contains saffron to help raise the serotonin levels in the body. Montel said he believed in this product so much, he decided to become the spokes person for it. Take 2 Happy Hunger Chews a day.

Dr Oz had his medical unit research this product and stated that it seems to work. He added that you should also exercise and eat a healthy diet.