Dr Oz was so excited to introduce three women: Veronica, Nina, and Tiffany. Each of them took the first steps toward extreme weight loss for different reasons. All three were there to reveal what they ate to lose half their body weight, beginning with Veronica, who lost 267 pounds. She confidently strutted her stuff in a form-fitting red dress, telling Dr Oz she felt like a million dollars. 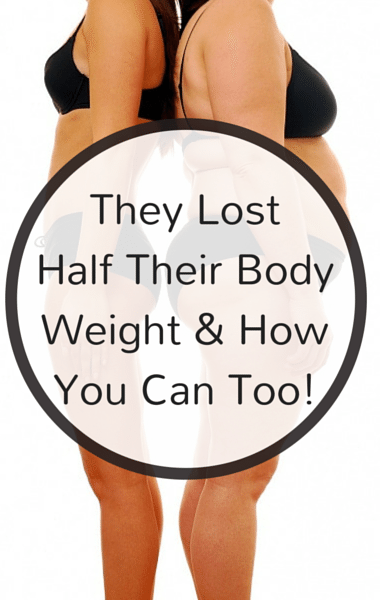 Dr Oz introduced three women who lost half their body weight without surgery, to find out what they eat every day to stay slim. (tipstimesadmin / Flickr)

Dr Oz showed Veronica a representation of 267 pounds of fat, which Veronica called “disgusting,” saying she hopes it never comes back. To show what she typically eats in a day, Veronica kept a food diary. For breakfast at 8 AM, she enjoys eggs and bacon, and then munches on a protein bar for a mid-morning snack. At 1:00, she’ll eat a healthy lunch like a chicken caesar salad, and then she’ll have a spoonful of peanut butter as an afternoon snack. A typical dinner for Veronica is roast pork with Brussels sprouts.

To lose 267 pounds, Veronica started slowly doing what she could. She gave up soda and attempted to eat less at each meal. As time went on, things got easier and she got more motivated to exercise and eat healthier. Veronica actually had to wear a purple dress to the gym in the beginning because she didn’t want to invest a lot of money in “fat clothes” but she didn’t want her wardrobe to keep her from accomplishing her goals. Eventually she was able to destroy that dress knowing she never wanted to fit into it ever again.

Next, Dr Oz introduced Nina who was 320 pounds at her heaviest. She walked out weighing just 160 pounds, wearing a skin-tight blue dress. Nina explained that her doctor almost threatened Nina with weight loss surgery in an effort to encourage her to lose weight. As she discussed her attempts at losing weight with her doctor, she realized that she never truly committed to anything.

Nina was addicted to coffee and cigarettes and admitted that she likely consumed 2,000-3,000 daily calories from drinks alone.

Dr Oz built a pyramid of frappuccinos to show Nina a representation of how many drinks she was constantly consuming. Nina revealed that she now just drinks her coffee black, which made a huge difference on its own. She also kept a food diary to show what she eats in a day. Her breakfast is typically chicken sausage and scrambled eggs, and her mid-morning snack is something healthy like popcorn. For lunch she’ll eat a grilled chicken salad, with dark chocolate as an afternoon snack, and she’ll have salmon and veggies for dinner.

She uses meal prepping to be sure she’ll eat healthy throughout the week, and continues to eat the same healthy breakfast, knowing it’s the best thing for her.

Tiffany lost more half her body weight in just 8 months. She weighed 250 pounds and joined Dr Oz weighing just 150 pounds, looking slim and confident. Tiffany admitted she was devastated when she saw she weighed 250 pounds because she kept making excuses for herself and avoiding mirrors. She began eating just 1,200 calories a day and slowly spent more time in the gym. She spent just 10 minutes on the elliptical the first day, but by the end of the week she had lost five pounds.

She also learned that she was an emotional eater, because in the beginning she would get really sad when she would get close to her 1,200 calorie limit. To show what 1,200 calories a day looks like, Tiffany kept a food journal. She begins her day with toast and Greek yogurt for breakfast. She has an apple for a mid-morning snack and eats a grilled chicken salad sandwich for lunch. She’ll had more Greek yogurt as an afternoon snack and then eat low-calorie fettuccine for dinner. She still gets dessert too! She’ll make dark chocolate-covered popcorn!

One of Tiffany’s go-to exercises is a one-arm jab with weights. She punches one arm straight out in front of her while holding a weight for a minute straight, and then switches to the other arm, holding her core tight the whole time.