Dr Oz: Who In Your Life Told You You’re Worthless?

In this segment, Dr Oz admitted that while some women don’t want the help (such as the Fattest Woman In The World), there are many women that do, but that help first starts with the brain.

Dr. Ablow stated that to get the weight loss process going, you need to ask yourself one important question. 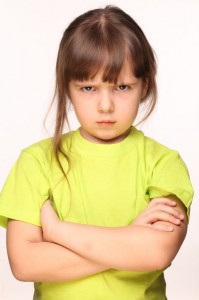 He asked the remaining members on the stage to close their eyes and think about this question.

Who in your life told you you’re worthless? This is where it all begins. It’s a tough question but at some point in their lives, someone told them that they couldn’t do anything. Mimi, who claimed to be satisfied with her body, stated that no one had ever told her that. She had a great mother and family. She didn’t believe that was the reason she was overweight and was offended at that question

Dr. Keith Ablow disagreed. In their private session, Mimi told Dr. Ablow that her father was out of the picture when she was 1-years-old. She stated that didn’t bother her because she had a step-father that was much better than her father could’ve ever been. Dr. Ablow replied that it was great she had that step-father, but that the loss of her biological father was still an issue. (What do you think?)

An Sean stated that she substituted “daddy love” for food. If she could talk to her biological daddy, she would tell him that she was hurt that he had another family and chose them over her and her sister. It continues today at this age. She wants to know why them and not her and her sister.

Dr. Ablow continued that while you can explain that today as an adult, as a child, you can’t explain that, so you end up turning to the food (or some other form of comfort.) As a child, you feel it’s your fault and that you’re no good.

CeLisa said her issue was how family members constantly treated her blonde, thinner sister much better. Dr. Ablow recognized the issue but told CeLisa that she was going to have to let go of that crutch.

Star remembered her mother telling her she was worthless. Star cried as she explained that she raised herself and had to learn how to survive on her own. Her daddy wasn’t around either. Her mom did what she knew how but she would definitely not raise her own children the way her mother had raised her.

Cheryl, the woman who stayed out of curiosity, felt what Dr. Ablow was saying didn’t apply to her. If they can come up with something that does apply, she’ll get the help.

Dr. Ablow reminded Cheryl that she told him she was molested and that her mom knew. Dr. Ablow felt this was what gave her the feeling of worthlessness. Cheryl remained in denial, saying she had uncles and family members that loved her. (I heard Cheryl’s denial, but it seemed as though Dr. Ablow hit a nerve with her.)