Dr. Oz talked to Jeri, a mother of 15 children, whose kids range in age from 10 to 37. She’s the grandmother of 14 children and 2 on the way. After all of those kids, she’s ready to reclaim her life and take control of her weight.

Jeri said she loves her family and she always wanted a bunch of kids but she’s pulled in a hundred directions every day. “As a mom, I put everybody else’s needs before my own,” she said. 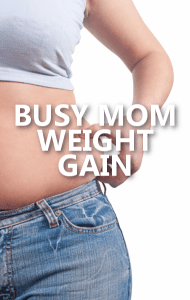 Dr. Oz talked to a mother of 15 children who wanted to lose weight. Dr. Oz helped her face her numbers so that she can take those first steps. (aboikis / Shutterstock.com)

She said it’s easier for her to eat a cookie or half a sandwich one of the kids left behind than it is to stop and eat something healthy to lose weight. She often makes large meals for the whole family and they’re not usually that healthy. She often budget shops, so she goes with the sale items like cupcakes and chips.

She’s also the manager of a restaurant and puts in 45 to 50 hours there, also. She said she’s not been below 200 pounds since her first child. She’s progressively gained weight after each one. She’s tried a number of diets, but she can’t stick to them. She wanted to know how to make weight loss easier.

She suffers from knee pain and high blood pressure due to her weight. But she knows it’s important for her to take control of her life now, if not for her, than for her family.

Dr. Oz: Finding Time For Yourself

Jeri said she never puts herself first. Between her work and her family, there’s no time for her. Dr. Oz showed a pie chart at the Truth Tube of how Jeri spends her time. The majority went to work, a little more than 50 percent, and the majority of what’s left went to her family. Then a tiny sliver was dedicated to the self. Dr. Oz said she didn’t want Jeri to feel bad about spending more time on herself.

Dr. Oz told Jeri that the most important numbers were all good. But one that was concerning was the healthy or good cholesterol, the HDL cholesterol, is supposed to be more than 60. Jeri’s number was 24.

Jeri was very shocked about these numbers and started crying. Dr. Oz said that he wanted her to take pride in who she is because he knew the numbers were fixable.

Dr. Oz also had a brilliant plan to help Jeri turn her weight around. He wanted her to focus on balance, small steps, and realistic goals.