On today’s show, Doctor Oz invited 8 morbidly obese women to the stage, 4 women loved their bodies and were in favor of gaining weight and 4 women were disgusted with their figures and wanted to lose weight for health purposes.

The goal of today’s show was for Dr Oz to understand what it was that made women want to be the fattest woman in the world. Of course, being a doctor, Dr Oz wanted to help the 8 women lose weight and get healthy, however, some didn’t want his help.

One of the women was 700 pounds and was happy with her weight. 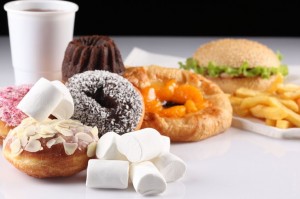 In fact, she wanted to be known as The Fattest Woman in the World. Most of the woman that were content with their bodies partook in an activity knows as feederism. Feederism is a term used to describe women eating for the gratification of men. Dr Oz stated that feederism is not something they studied in medical school (I bet!) so he was relying on the information of those obese women who participated in feederism.

If you remember, Dr Oz had Susanne, The Fattest Woman in the World, on a previous show. Susanne stated that she loved her curves and that they made her feel womanly. She loved having thick thighs and loved it when her body swayed on its own. Susanne, as well as other morbidly obese women, enjoyed the softness of their bodies. Some of the women stated they wanted to be 600-700 lbs and consumed thousands of calories per day in order to obtain their goal.

One woman told Dr Oz that she started her own feederism website and it had become a lucrative business. Men who subscribed, wanted her to get fatter. She felt dominating when men watched her. One man stated he wanted to marry her if she reached 800 lbs.

Susanne, the previous Fattest Woman in the World, told Dr Oz that she didn’t agree that she wasn’t living an unhealthy lifestyle. (They showed her previous segment in which she “walked” her dog in a motorized cart and her working out in the pool. Susanne stated she could clean her house and she didn’t have diabetes or high blood pressure. “Just because you’re fat,” she said, “doesn’t mean you’re not healthy.”

On the show, Doctor Oz brought out 4 woman who were trying to get fatter:
Susanne
Cheryl
Reenaye
Mimi

Dr Oz asked Susanne if she had change her eating habits since she was on the show last and Susanne stated that she hadn’t. In fact, she had gotten fatter. She was proud as she told Doctor Oz that this time on the plane, she needed 2 seat belt extenders instead of one. (Really?)

Mimi stated that while it was expensive to consume all those calories, her website allowed her to afford it. She went to the doctor in September and he told her she had a clean bill of health. (Somehow I doubt those were her doctor’s exact words!) Mimi insisted that she lived a wonderful life.

Cheryl-felt she was a beautiful woman. When she looked into the mirror, that’s all she saw. She felt attractive being the size she was.

Reenaye said she was lucky in that she could eat as much as she wanted and anything she wanted. On a daily basis, she consumed 4000 calories. (Do you know what you would have to eat to consume 4000 calories?)

Cheryl told Dr Oz that she turned off his show because she felt he was fat bashing because he told people how to lose weight. To Cheryl, this would assume that all fat people were unhappy with their bodies, which they weren’t. (She was living proof of that!) Cheryl believed that if people wanted to lose weight, that’s great, however, if not, leave them alone. She was worried that Dr Oz encouraged women to hate themselves.

Dr Oz spent his career dealing with the ravages of obesity, so he couldn’t understand why they weren’t concerned with gaining weight. Psychiatrist, Dr. Keith Ablow joined the show and stated that he had talked to the women before the show.

According to Dr. Ablow, the best way to understand, is that these women were on the run from internal pain from things that hurt them. You will find something to bury that pain, such as hording, drugs or in this case, overeating. This distracts you from the pain. Without that suit of armor , which in this case was their fat, you will experience much more and have to grapple with reality.

Dr. Ablow continued, stating that he didn’t buy the fact that they were happy. Happiness came from inside and you cannot be on a drug and have that pass for happy. These women didn’t want to give up their “drugs” because underneath is the pain.