Dr. Oz has been talking to Kristen, who has an artificial sweetener addiction. Now, he’s getting her help, talking to physician and nutritionist Dr. Joshua Axe, who unveiled a great plan for Kristen to follow.

One of the key things Kristen enjoys is the fizziness and sweeteners of diet soda. In order to reproduce that, Dr. Axe recommended mixing mineral water or selzer water with one shot of natural fruit juice, such as lime juice, orange juice, and cranberry juice. This is just 20 calories or less. 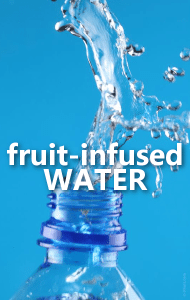 Dr. Oz helped Kristen learn how to end her artificial sweetener addiction with the help of Dr. Joshua Axe, who suggested she use sweet spices and Stevia instead.

Kristen said she gets tired of just drinking regular water. That’s why Dr. Axe suggested making fruit-infused water, where you combine fruit and herbs in a pitcher or water bottle with water. He recommended watermelon and mint, which is good because there’s sweetness and potassium in the watermelon and a cooling feeling from the mint, so it’s great.

Because Kristen loves puddings, Dr. Axe suggested she buy natural puddings and replace half of them with natural fruits. A lot of puddings today are loaded with artificial sweeteners, so avoid the ones that claim they’re “sugar-free” and just buy natural pudding with real sugar, mixing it with the fruit.

But Stevia is the key, Dr. Axe said. Stevia is an all-natural sweetener that comes from the herb of a flower leaf. You can buy it in a powder granular form and use it for a direct replacement for artificial sweeteners. Stevia is about 30 times stronger than sugar, so it’s important to be gentle with it. Stevia also has natural flavors like chocolate raspberry, toffee, and vanilla. He said his wife uses it in tea, coffee, and smoothies.

It’s not clear to me if Dr. Axe meant that eventually she should use six packs of Stevia, because he just said it was 30 times stronger than sugar. Six packs seems like a lot in coffee, even if it’s a natural sweetener. But hey, I’m not the nutritionist. I wish someone had asked Dr. Axe for clarification.