Dr. Oz had an update on his show about Sheriff Don, who embarked on a weight loss journey on Dr. Oz’s show just one month ago. In that short time, Sheriff Don has lost an incredible 32 pounds.

Dr. Mike Roizen has been working with Sheriff Don. He said Sheriff Don has lost more weight than most people on his vitality diet, but everyone can take charge of their health and make the decision to lose the weight. Don’s diet has focused on cutting out red meat, eating more vegetables, and working his way up to walking 10,000 steps a day. 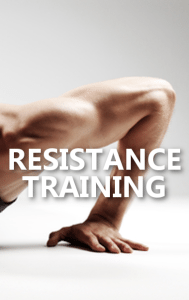 Dr. Oz talked to Sheriff Don about the next step his program: cutting out the white carbs and building up the resistance training, including doing push-ups, planks, and squats. (mast3r / Shutterstock.com)

Dr. Roizen said one of the toughest things to say to Sheriff Don is not to go too fast in his journey. Now that Sheriff Don is feeling better after losing the weight, he wants to go and go. But Dr. Roizen wants to make sure Don doesn’t get injured.

Instant oatmeal, cereals, and even salad dressings might have white carbs in them. You have to be careful to avoid them. Instead, Don said eating quinoa was a better alternative. Beans are a healthy carbohydrate as well, so he could eat those. He can also have a lettuce wrap instead of bread for sandwiches or bean burgers.

Dr. Roizen said Don can also have 1/2 ounce of chocolate or 6 walnut halves. He should eat these 30 minutes before eating, to help keep his blood sugar down. The reason we don’t want our blood sugar to spike is because it damages the arteries. By avoiding white carbs, the arteries will start to work progressively better.

Dr. Roizen said Sheriff Don needs to replace fat with muscle. A pound of fat burns 3 calories a day and muscle burns 35 a day. The more you replace the fat with muscle, the better off you’ll be in your health journey.

So how do we do that? Dr. Roizen said he should do the following for 20 minutes three times per week:

To train yourself to do the push-ups, you can start doing them on a wall, then move to a table, then a lower table, and finally the floor.

Sheriff Don was smiling at the end of this segment and Dr. Oz said it was remarkable because he didn’t smile the last time. Sheriff Don got a present from his local YMCA. They’ve offered him and his family a year-long membership. He said he would definitely use it.