If you are feeling like you always run on empty then this Dr. Oz show is for you. Today is all about Tim Ferriss’s 4-Hour Energy Boosting Plan. Tim Ferriss, who Doctor Oz calls the human guinea pig because he will try and do just about anything, so that you do not have to, is on the show today to talk about ways you can boost your energy in record time. Tim realizes that most people do not have the time it takes to try a lot of things and do a lot of research, so he puts in the effort and does all of the testing to take out the guesswork for everyone else.

Tim Ferriss’s goal is the find the easiest possible way to do some of the most common tasks. He believes in finding ways to get the biggest results with the smallest of effort. For example, he shares how cutting a cake with a knife is often messy and the slices do not always come out even. Tim says an easy way to fix this is to use dental floss. He explains that it will easily cut through the cake and create even slices without making a big mess.

Tim Ferriss says that his 30/30 rule is a great way to give you energy that will last the entire day. He explains that you need to eat 30 grams of protein within 30 minutes of getting up in the morning and if you do you will have a major boost in energy, but you will also lose weight. 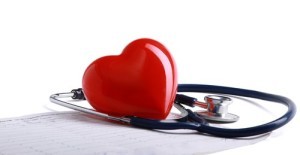 Tim Ferriss says that you can get the most energy for your day by following his 30/30 Rule, which is to eat 30 grams of protein within 30 minutes of getting up in the morning.

Tim Ferriss’s energy crisis plan targets the times of the day when we have the least amount of energy. Many of us are super tired first thing in the morning and we just do not have the energy to get through the day. Tim says you need to “go blue”, which means you need exposure to blue light for just 15 minutes to give you an energy boost.

He says it helped him so much in the morning that he was able to stop drinking coffee and even helped with his insomnia. While the most obvious place to have exposure to blue light is in a tanning bed, Tim Ferriss says that you can actually purchase a small blue light device that provides the same benefit for around $50.

Tim Ferriss says a great way to boost your breakfast is with black beans. Not only are they super healthy and packed with fiber, but they also support Tim’s 30/30 Rule for getting 30 grams of protein first thing in the morning.

He says he likes to have fun with dinner guests by putting some of his homemade “dirt” into a bowl on the table with some edible flowers and when they ask what they are having for an appetizer he tells them it is right in front of them sitting in the center of the table.

Here is what you Need:

Here is what you need to do: