If you’re worried about Alzheimer’s, pay close attention. Dr Oz said that genes are not your destiny!  One out of three cases of Alzheimer’s is preventable, if you neutralize your genes through your diet.  Dr. Oz’s Ultimate Alzheimer’s Diet contains lots of fabulous recipes too, including a Grain-Free Egg Bread Recipe, and the notion of using eggs as a condiment (brilliant!). 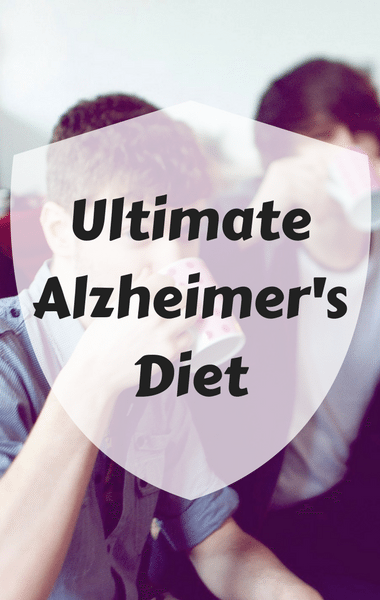 To cut your Alzheimer’s risk, it’s important to pay attention to what you eat and when you eat. Are you on the right track? (davidchief / Flickr)

Dr Isaacson kicked things off by sharing that their new research shows that if you have a family member with Alzheimer’s or have the Alzheimer’s gene, you no longer have to feel helpless. The number one thing you can do is change your diet and exercise. According to Dr Isaacson, one out of every three cases of Alzheimer’s could be preventable!

So without further delay, lets get to the details of Dr. Oz’s Ultimate Alzheimer’s Diet on the next page…

However, it’s important to note that it’s just as much about when you eat as it is about what you eat. Dr Oz has discussed intermittent fasting on his show before in terms of its weight loss benefits. Well it turns out that it can also help your brain. Even Dr Isaacson personally stops eating after 6:00 PM and doesn’t eat again until 8:00 AM. That’s 14 hours without food, which decreases the amount of calories he’s eating overall. He stated that those who eat less than 2100 calories a day can reduce their risk of Alzheimer’s by half!

Dr Isaacson suggested you think of the brain like a hybrid car. Hybrid cars work on gas as well as a battery. Similar to that, your brain runs on two types of fuel: sugar (which is bad) and cleaner burning fuel called ketones, which is used after 14 hours of fasting.

Now that you now more about when you should and shouldn’t eat, it’s time to find out what you should eat.

The first food you’ll want to intake on the Ultimate Alzheimer’s Diet is tea. The latest research shows that those who drink tea at least once a day were able to decrease their Alzheimer’s risk by 50%. People with the genetic risk factor for Alzheimer’s were able to cut their risk by up to 86% just by drinking tea.

Dr Oz explained that protein particles that clump together in the brain destroy the tissue around them. Scientists in Britain found that you can treat those proteins by drinking tea and avoid the clumping overall.

Another food that’s great for your brain is the egg. The nutrients required for a healthy brain are found in eggs. Research found that those who eat a lot of eggs didn’t increase their risk of developing Alzheimer’s disease and even improved certain cognitive functions. Max is a fan of using eggs as a condiment. He likes to top his burgers and other sandwiches with an over-easy egg! To really reap the benefits, you can use eggs as the bun too with this recipe for grain-free egg bread.