Dr. Oz talked to a woman named Kelly who lost 200 pounds using the advice from segments on The Dr. Oz Show. Her problems with weight began after her first child was born. He was born with a rare disorder and had to stay in the hospital. So she stayed with him around the clock in the hospital. She used food to cope and ended up being almost 400 pounds. 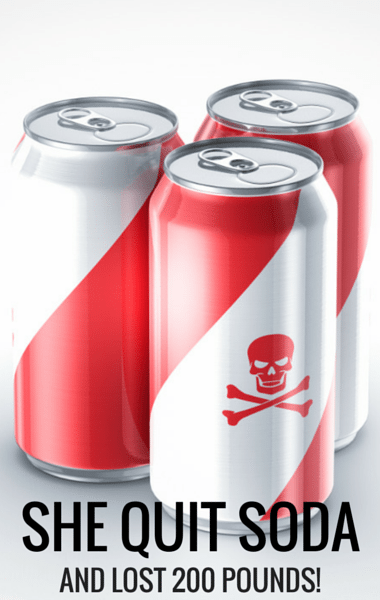 Dr. Oz talked to Kelly, a woman who had lost 200 pounds after watching his show and using tips from his show. (Fabio Freitas e Silva / Shutterstock.com)

The weight took a toll on her health. She had high blood pressure and was on the verge of diabetes. Her doctor warned her if she didn’t make changes soon, she could die. Since her son was so sick, she became a stay at home mom and started to watch The Dr. Oz Show. In one segment she watched, Dr. Oz asked his viewers to lose just 10 pounds. Kelly felt like this was an achievable goal, so she took action.

Dr. Oz inspired her to get rid of soda, white sugar, and processed pounds. Now, she’s lost over 200 pounds and runs her own Facebook page called We Have Got This, which encourages people to lose weight and eat healthy.

Kelly said that it’s important for people who want to lose weight to take small steps. Kelly said if she’d tried to lose 200 pounds, that would have been unrealistic. She took it 10 pounds at a time. Over a period of a few years, she lost the weight.

The first step she took was cutting out soda, in particular diet soda. Soda was her crutch and her go-to addiction. She was drinking six cans a day. Her doctor told her to stop doing that because she had high blood pressure and was on the verge of getting diabetes. Just cutting out soda helped her lose 10 pounds in one week.

Kelly also eats a healthy breakfast to start her day. She drinks a cup of hot green tea and eats something with high fiber, like an apple, and eats ricotta cheese or a hardboiled egg.

She also said she thought people should eat until they’re satisfied. They just have to eat the right stuff. She eats all the vegetables she wants and incorporates some sort of lean protein in there.

Dr. Oz showed her what she was eating, a table which included soda, cookies, double cheeseburgers, French fries, chocolate cake, and so on.

Kelly said when she looks in the mirror, she gets startled because she’s used to seeing a much bigger girl. But now, she believes in herself and her transformation speaks for itself. Dr. Oz called her a “health star.”