Dr. Oz talked to people who have lost half their body weight about how they did that.

The first woman was named Jessica, who was 362 pounds at her heaviest and now weighed just 190 pounds. She was a sales rep who spent a lot of time in the car. Her solution was to drink protein shakes for the majority of her meals, for breakfast, lunch, and snacks. Then, at dinnertime, she made one really good dinner. 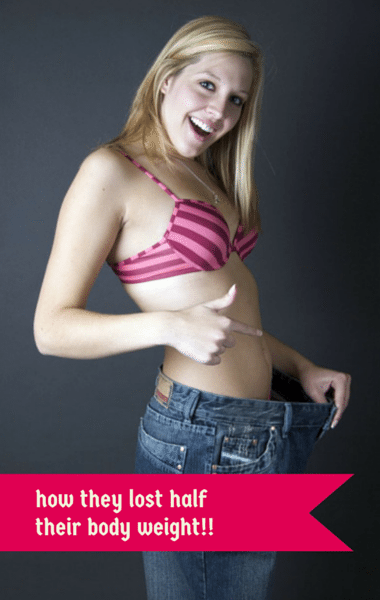 Dr. Oz talked to two women who lost almost half their body weight and shared some of the methods they did to lose all the weight. ([email protected] / flickr)

She also cancelled cable. This prevented her from eating her food mindlessly in front of the television. She said a typical meal might be a fast food burger with fries, a glass or two of wine, and some chocolate cake.

Now, she eats grilled chicken or fish, cauliflower instead of a carb, and some steamed kale.

Next, Dr. Oz talked to Chelsea, who was 250 pounds at her heaviest. She had no energy for her kids, was on the verge of diabetes, and started to have joint pain.

Now, Chelsea weighed just 150 pounds. She said that she knew she needed to make a change because she was a mother of three young children and she wanted to model healthy behavior for her children.

The first thing she did to lose the weight was to focus on eating less. Then, she decided to cut down on eating junk foods and fast foods. Finally, she bought less freezer meals, processed foods, boxed foods, and canned foods. She was then eating clean foods 80 percent of the time.

Next, she downloaded a Couch to 5K app on her phone and began running. She completed her 5K, then a 10K, a half marathon, and eventually a full marathon.

Her next goal is to reach out to others and help others learn how to change their lives, too. She’s working on a blog and other projects to help people.

Dr. Oz surprised Chelsea and told her he’d created a blog for her on his website. She was shocked and very touched and said she’d love to do it.

Later in Dr. Oz’s show, he talked to another woman with an incredible weight loss success story.