Dr Oz has discussed Raspberry Ketones on The Doctor Oz Show at least two times (here are the recaps: Raspberry Ketones and Raspberry Ketones Fat Burner).  But now he has set the “diet world” into an uproar.  Do Raspberry Ketone Pills and Supplements really help you to burn fat?  Or is it a bunch of hype?  Dr Oz gave a strong endorsement of the product saying ” I’ve looked at them carefully; I am absolutely enamored. I know they work”.  But you know how the saying goes – don’t believe it just because you saw it on TV!  So I did a bit of research on my own.  It all comes down to an experiment done on mice that were given Raspberry Ketones along with a high fat diet, and the mice ended up gaining less body fat than they would have on just a pure high fat diet.  However, Dr Oz did say that there have not been any studies done on humans to show that Raspberry Ketones are an effective Weight Loss Supplement.  But in all honesty, if Dr Oz is adamantly in favor of them and they have already been proven to work in mice, I do not see the harm in at least trying them.  Especially after my research of what Raspberry Ketones are (read on below).

What Are Raspberry Ketones?

Raspberry Ketones are made of the element that gives raspberries their sweet aroma. 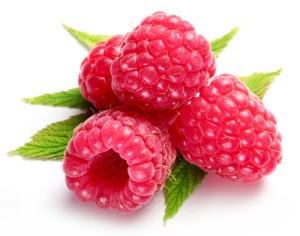 Japan has used Raspberry Ketone Capsules as a Diet Pill for some time now (could that be one of their secrets to such a thin nation?), but up to this point, the ketones have mainly been used within the perfume, food and cosmetics industries in America.  While the supplements are not cheap, it is actually a very expensive compound even for manufacturers to purchase ( around $20,000 for a kilogram).  But that is not surprising considering that you get only 1-4 mg of Raspberry Ketones per kilogram of fresh raspberries (and all of us know how expensive berries are at the grocery!).

So you are still interested in taking Raspberry Ketones, but how much should you take?  Well, the experiment done on mice had them taking up to 2% of their daily food intake.  But Lisa Lynn told Dr Oz she suggests taking 100 mg of Raspberry Ketones during breakfast, and if you are not seeing good results then take an additional 200 mg when you eat lunch.  While this can cost around $20 – $60 per month (depending on the dosage you take), keep in mind that the manufacturer needs around 90 pounds of raspberries to make your daily dose of this weight loss supplement!  So there is no way that you could possibly eat enough raspberries in a day to make that a feasible option over taking the Raspberry Ketone Supplements.

Where To Buy Raspberry Ketones

The number one question you asked us about Raspberry Ketones is where do you buy them? To be clear, Dr Oz did not recommend a brand or a place to buy them from.  But here is a list of places we found to give you a head start:

We found the LiveLong Raspberry Ketones

that come in 100 mg supplements (a bottle contains 90 capsules).  So if you want to start off nice and slow like Dr Oz suggested, this could be a great option.

is a better deal than the LiveLong Raspberry Ketones, if you are going to be increasing your dose to 500 mg, because for 90 pills of 500 mg each, it costs under $24… not a bad deal!  But if you want to start slow with just 100 mg, then this does not seem like the option for you.

Some of our readers have reported finding Raspberry Ketones at GNC, but we were unable to find them either online or in our local GNC.  If you found them there, please leave a comment below with the exact name and price to help others out!

So what is the verdict? Are you going to try Raspberry Keytones? Have you already tried them? Love them? Hate them? Tell us all about your thoughts in the comment section below!