Dr Oz: Can Beer Be Healthy?

On a sizzling hot summer day, is there anything more refreshing than kicking back and sipping on an ice cold beverage? Would your drink of choice be beer? If so, pay attention because Dr Oz continued his Food Truth series with an investigation into whether beer can actually be good for you. He had Mark Schatzker set out to learn more about the popular drink. In the last decade, craft beer has become more popular and according to recent research, craft beer could actually be good for you! 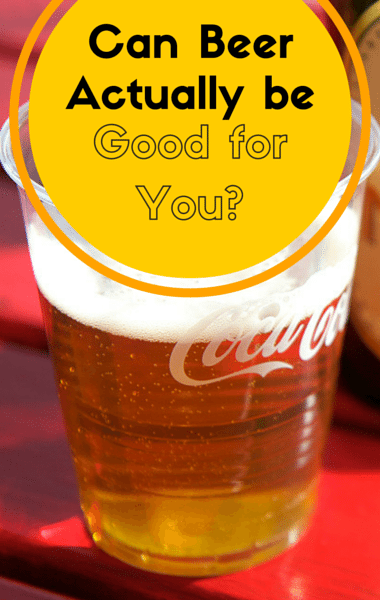 Dr Oz and Mark Schatzker investigated whether beer can actually be part of a healthy diet, and how to ensure you’re making the healthiest choice. (tab2 / Flickr)

Mark continued be revealing his top five reasons you should drink craft beer. First was the taste, because there are more than 3,000 craft breweries in the U.S. What truly separates craft beer from regular beer is the quality of the ingredients. A large brewer would typically use just one type of malted barley with corn syrup, while a craft brewer is likely to use several types.

You should also give craft beer a shot because, according to Mark, it’s healthy. Craft beer reportedly contains vitamin C, probiotics, and antioxidants. A third positive to drinking craft beer is that it typically means consuming fewer calories and carbohydrates than a macro-beer, because you’re not drinking as much. Also, believe it or not, craft beer is actually cheaper, going along with the idea that you need to drink less of it.

Finally, craft beer goes hand-in-hand with great food, which is even more of a reason to drink up!

There’s truly never been a better time to try craft beer. Dr Oz explained that typically, a beer is made up of three components, each of which have health benefits. He stated “beer is a good thing to do to yourself, if you do it the right way.”

Those three components he was referring to are malted barley, hops, and yeast. Malted barley is barley that has been germinated and roasted, and it’s loaded with B vitamins and flavanoids. Yeast creates the alcohol and carbon dioxide, and hops, which are flowers, contain antioxidants and are great for aroma and flavor.

Variations of beer come from other ingredients or how those three ingredients are treated. But if you notice, there’s never an ingredient label on beer. The problem is that you don’t know what’s truly in the beer you’re drinking. Some ingredients found in beer include high fructose corn syrup, MSG, propylene glycol, carboxy-methyl cellulose, fish bladder, caramel coloring, preservatives, and artificial flavorings. The good news is that none of those ingredients are particularly toxic, but you’re much better off choosing a beer that contains natural ingredients. So how can you be sure you’re drinking a beer that falls in line with your health goals?

So many people, myself included, are worried about that dreaded beer belly that is often associated with drinking large quantities of beer. The good news, is that Mark believes beer can undoubtedly be a part of a healthy diet. Studies are finding that, if consumed in moderation, it appears to be healthy. Moderation is key, and mass-market beers are designed to lead you to drink a lot. Craft beers, on the other hand, are more flavorful, leading to you feeling more satisfied after a smaller amount.

Craft beers are practically everywhere nowadays. The next time you head to the store to get beer, ask someone who works there to point out the craft beers. BPA is a chemical of concern that can be found in the lining of cans, so if you’re concerned about it, opt for bottled beer. A lot of beer aficionados will say beer tastes better out of a bottle anyway, so perhaps just go ahead and choose the bottle!

Are you guilty of only drinking straw-colored beer? Mark explained that so many people believe that the darker the beer, the more intense the flavor. He suggested that anyone new to craft beer start with a pilsner or a lager, and said it’s actually the IPA, because those typically contain a lot of hops, which means they have an intense flavor. It’s also good to know that a dark, stout beer typically only had about 14 more calories than a light beer, so you don’t have to avoid it out of fear of the calories.

Speaking of light beers, Mark said it’s like diet ice cream in that it gives you permission to indulge. He believes that because it’s “flavorless” you’re more likely to drink a ton of it. Not to mention, the difference between a full-bodied dark beer and a light beer, is less than a teaspoon of sugar. Dr Oz said he would take that penalty and go with the stout over the light beer.